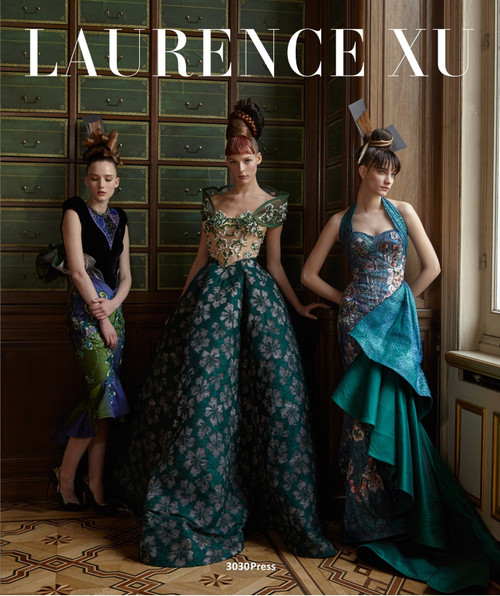 LAURENCE XU is one of China's leading contemporary fashion designers, best known for his haute couture collections that feature traditional handmade textiles and decorative techniques drawn from China's imperial past. This stunning monograph, the first on the designer, explores the inspiration for his work and the development of his career over the past 20 years. Xu first came to prominence in 2010 for his dress, Auspicious Cloud of the Orient, which was worn at the Cannes Film Festival by the actress Fan Bingbing, and later included in the blockbuster exhibition, China Through The Looking Glass, at the Metropolitan Museum of Art in New York (7 May- 7 September, 2015). Yet it was his debut collection, Xiuqiu (Embroidery Ball), shown at Paris Haute Couture (Autumn/ Winter 2013-2014), that first introduced the world to the designer's unique blend of Western-style classicism and Chinese luxury aesthetics. It is in his use of traditional decorative techniques and handmade fabrics that Xu has received particular acclaim, not least his creations using yunjin silk brocade - for more than 700 years the de facto fabric for clothing at the Chinese imperial court. It is largely through Xu's efforts that the prestige of Yunjin has been restored. To this, Xu brings a passion for China's ancient literary and artistic heritage. Laurence Xu was born in Zaozhuang in northern China and attended Beijing Central Academy of Craft Art. He founded the Laurence Xu atelier in Beijing in 2001. He was the first mainland Chinese fashion designer to show collections at Paris Haute Couture Fashion Week for two years running. CHIU-TI JANSEN is a writer, TV host and the founder of China Happenings, a multimedia platform about contemporary Chinese culture. Among other writing, she is a columnist for the Financial Times' Chinese edition. She is based in New York City.

The Ultimate Book of Planet Earth