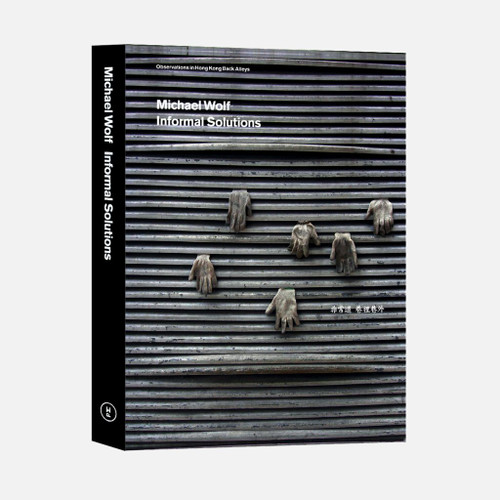 To many people, back alleys are dark and dirty places that draw neither fascination nor inspiration. But not to the internationally renowned German Photographer Michael Wolf, who has been fascinated and inspired by the happenings in Hong Kong’s back alleys. His new book Informal Solutions: Observations and Around Hong Kong’s Back Alleys (2016) is a documentation of his discoveries through his past 13 years of exploration.

Born in Germany and worked as a former photojournalist in Europe and the US, Michael Wolf has since turned his attention to capturing the overlooked qualities of big cities. In particular, his fascination with the city of Hong Kong – where he is based since 1994 – has produced many photographic artworks that are collected by internationally renowned museums and galleries, including the Metropolitan

In his new book, Michael Wolf presents the many manifestations of culture and life in Hong Kong’s back alley, where spaces are utilized in the most imaginative and unexpected ways. Through his discerning eyes, objects captured in photographs appear to transcend from their humble utilitarian origin to magnificent works of urban installation art.