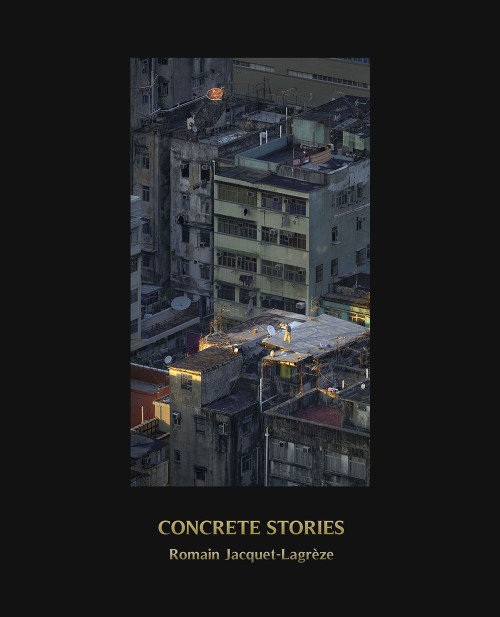 Concrete stories' is a collection of genuine instants from the daily life of Hong Kong's inhabitants, more particularly of people from the older districts of Kowloon. This peninsula has a population of over 2 millions people and a density of 43,000/km2, which might make it the densest urban area in the world. The vernacular culture of people living in such an extremely urbanised environment can be discovered through all these small stories that are forming a bigger one, a record of how people make use of available space in a cramped city where each square feet can be sold at stratospheric prices. This series is a testimony of the lifestyle in these old buildings where the rooftop is usually not locked and accessible by all inhabitants. Such rooftops are a little bit like courtyards but in the air. Nowadays, these buildings are disappearing at a fast pace given the scarcity of lands which forces the authority to pull down all the low-rise buildings in order to leave space to taller and more modern ones where rooftop are either totally unaccessible or well-secured to be accessed only by their owner. And since these new buildings are made with luxury finishing, they drive the property prices up making it unaffordable for humble people to remain in the district they used to live in.

Concrete Houses: The Poetics of Form

William Softkey and the Purple Spider