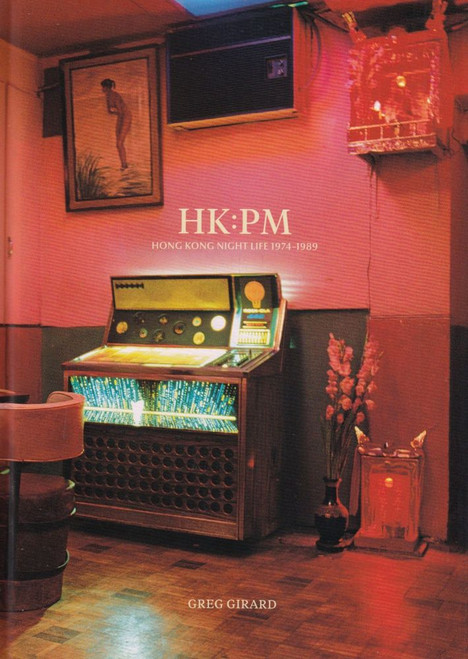 HK:PM. Hong Kong Night Life 1974-1989 is a stunning visual record of photographer Greg Girard s earliest nocturnal wanderings in Hong Kong. From his first visits in the 1970s, and later, when he called the city home through the 1980s, HK:PM takes viewers through the city s neon lit streets and into tattoo parlours, dive bars and the hotel rooms of soldiers and sailors who frequented them. Other scenes depict the pre-dawn emptiness of Hong Kong s streets and alleys bathed in the colours of artificial light. With a foreword by award winning Hong Kong film maker Ann Hui, HK:PM adds a missing photographic link to the visual history of Hong Kong in the 1970s and 80s.

About the Author
Greg Girard is a Canadian photographer whose work has examined the social and physical transformation in Asia's largest cities for more than three decades. While resident in Hong Kong in the 1980s and 1990s he created, in collaboration with co-author Ian Lambot, the influential book, City of Darkness and City of Darkness Revisited, the most thorough record of Hong Kong s infamous Kowloon Walled City. Under Vancouver 1972-1982, published in 2017, looks at the city where he was born, especially the waterfront and other unglamorous parts of the port city, before making Asia his home for the next thirty years. Hotel Okinawa, also published in 2017, looks at the relationship between the US military and the communities which host the many military bases in Okinawa, where more than 50,000 US troops, dependents and contractors are stationed. Based in Shanghai between 1998 and 2011, his photographic monograph Phantom Shanghai (2007), looks at the rapid and at times violent transition of Shanghai as the city raced to make itself "modern again" at the beginning of the 21st Century. Other recent titles include Hanoi Calling (2010), and In the Near Distance (2010), a book of early photographs made in Asia and North America between 1973 and 1986. He is currently working on a book that examines the social and physical landscape of US military bases in Asia and their host communities. Girard's work is in the permanent collection of the National Gallery of Canada, The Art Gallery of Ontario, the Vancouver Art Gallery and other public and private collections. His photographs have appeared in National Geographic, Time, Newsweek, Fortune, Forbes, Paris Match, Stern, The New York Times Magazine. and other international publications. Greg Girard is represented by Blue Lotus Gallery in Hong Kong.