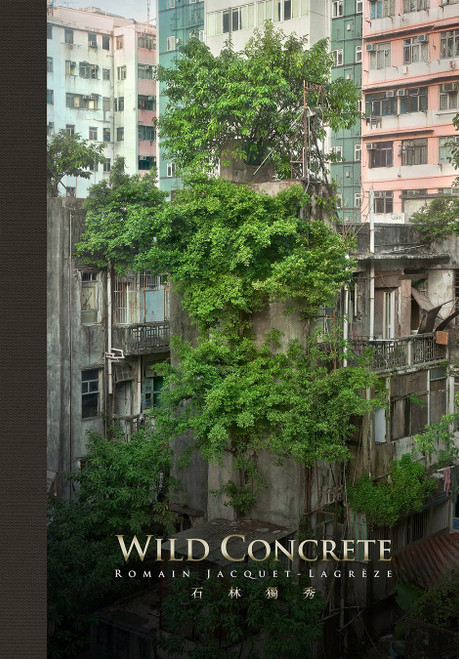 Wild Concrete is a series about resilience of nature in an urban environment. No matter how clever we are at dominating our environment with concrete structures, nature somehow finds its way to fight back. This reminds us that our concrete jungle eventually would have to give in to the force of nature if we d let go, as captured by Romain s images of sprouting flowers and maturing trees on unlikely places. Focusing solely on the phenomena of trees sprouting from residential buildings in the busy districts of Hong Kong, Wild Concrete compares the living conditions between plants and humans both growing in a harsh surroundings. In this series the trees share the same exceptional qualities as their human counterparts: perseverance, diligence, and independence. In pursuit of a small patch of blue sky in the vertical city of Hong Kong, Romain looked up to the skyscrapers and developed the Vertical Horizon series. Returning with Wild Concrete, Romain has continued with his fla nerie through the same concrete jungle. Exploring his fascination with the humble yet indomitable presence of nature in the harsh urban environment.

Concrete Houses: The Poetics of Form

Protest!: How people have come together to change the world