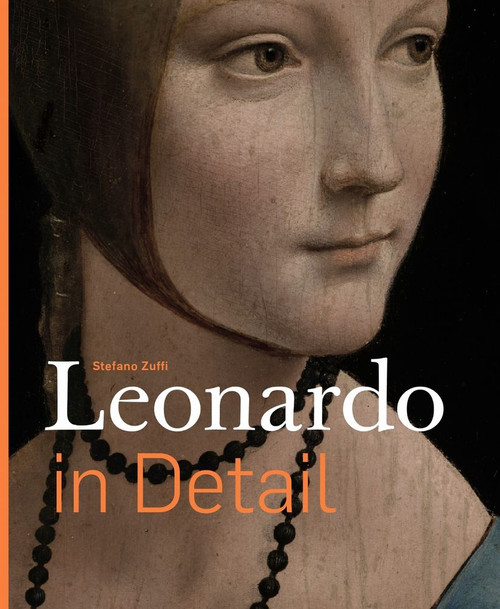 Leonardo da Vinci (1452-1519) is considered one of the greatest painters of all times. Often described as the archetype of the homo universalis, he was a true Renaissance polymath, active in fields as diverse as astronomy, painting, sculpting, science, mathematics, engineering, cartography and architecture. Leonardo's true genius was not as a scientist or an artist, but as a combination of the two: his painting was based on a deep understanding of the workings of the human body and the physics of light and shade.

Only two dozens of works are attributed to the Florentine master and this book reveals them as never before, in stunning, full-page details. Leonardo in Detail is organized in thematic chapters, exploring the smiles, gestures, children, animals and nature depicted in the painter's works.

Stefano Zuffi plays the perfect guide, explaining the significance of every detail in clear and accessible language, and offering original insights into Leonardo's most popular works, such as the Mona Lisa, The Last Supper and The Lady with an Ermine.

The Life of Leonardo da Vinci

Leonardo and the Litta Madonna