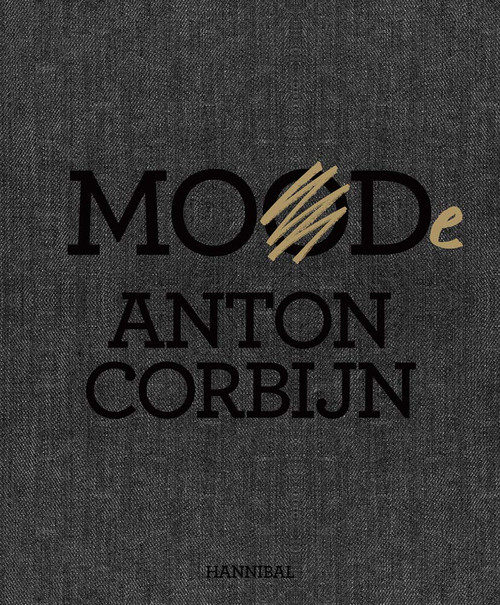 In MOOD/MODE, leading international photographer and filmmaker Anton Corbijn presents images from his extensive body of work in which he explores the crossover between photography and the world of fashion - in the broadest sense of the word.

Corbijn's portraits of figures such as Alexander McQueen, Tom Waits, Kate Moss, Björk and Clint Eastwood have now achieved iconic status. As visual director behind Depeche Mode and through his decades-long collaboration with U2 and others, he has made his mark on the way we look at an important aspect of contemporary culture.

With MOOD/MODE, Anton Corbijn shows that fashion is everywhere. The book contains some 200 photographs, many of them published for the first time, and its world première will be in Knokke-Heist, running from 4 April to summer 2020.

Anton Corbijn, born in 1955 in Strijen (NL), lives and works in The Hague (NL). Corbijn was born in the Netherlands, but lived and worked in London for 30 years. He is best known for his black and white photographs of actors, musicians and artists, though he cannot be seen as a celebrity photographer - rather as someone who captures personalities that intrigue him. Some of his photographs have become iconic images of modern pop culture. Besides his photographic oeuvre, Corbijn has designed stages, directed music videos and directed feature films. In 2007 he made his film debut with Control, about the life of Joy Division singer Ian Curtis. In 2014 his film A Most Wanted Man was released and in 2015 his new film Life - about the friendship between actor James Dean and photographer Dennis Stock - had its premiere.

The artist has had major solo exhibitions at institutions such as the Bucerius Kunst Forum in Hamburg, Fotografiska in Stockholm, FOMU in Antwerp, Gemeentemuseum in The Hague, S.M.A.K. in Ghent, Kestner Gesellschaft in Hannover, Groninger Museum in Groningen, Münchner Stadtmuseum in Munich, Museum Morsbroich in Leverkusen, Museum Moderne Kunst in Dresden, Foam in Amsterdam, Museum Bochum, Stedelijk Museum in Amsterdam, Palazzo Fortuny in Venice, Galleria d'Arte Moderna in Bologna, Castello di Rivoli in Turin, Moscow Museum of Modern Art, amongst many others.

ConneXion: 7 Paradoxes for the Modern Leader

The Beauty Brief: An Insider's Guide to Skincare

Can You Keep a Straight Face?

The Adventures of Alice Laselles by Alexandrina Victoria aged 10¾: A Children's Story Written and Illustrated by Queen Victoria