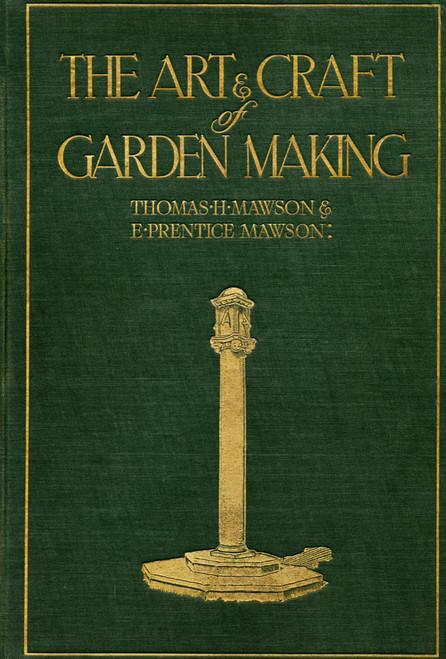 In 1901, Thomas Mawson (1861-1933) first published The Art and Craft of Garden Making now regarded as the foundation of modern landscape architecture, by 1926 it had been reprinted five times. It is this book which revealed Mawson's inspiration and gave a name to the style of work achieved by Edwin Lutyens & Gertrude Jekyll.

Mawson was a prolific & influential designer who became the first president of the Institute of Landscape Architects (now Landscape Institute) in 1929. His design practice based in Windermere, in the Lake District, prospered owing both to a wealthy clientele - brought to the area by the railway network - and to his obvious talent for design which blended architecture and horticulture. Thomas's prolific and successful career included commissions on Graythwaite Hall, Langdale Chase, Holehird, Brockhole, Holker Hall and at Rydal Hall in 1909. Thomas’s reputation grew with numerous commissions throughout Britain, although he still found time for local work. He had a considerable number of projects in mainland Europe and America, including the ‘Palace of Peace’ gardens at the Hague in 1908 and was also involved in the development of the Smokey Mountains National Park, America."

Art and Faith: A Theology of Making