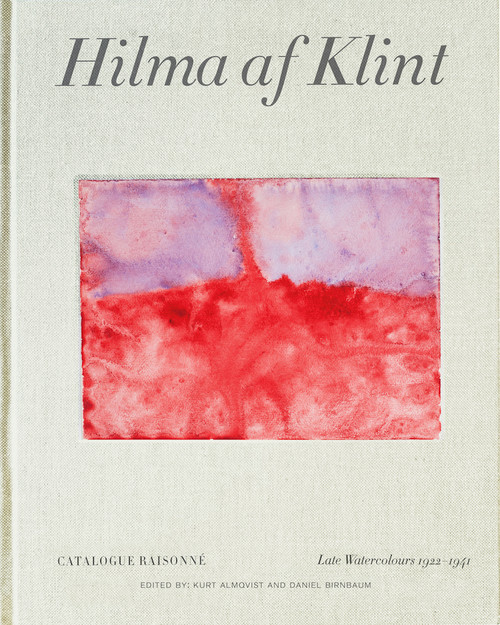 Hilma af Klint is now regarded as a pioneer of abstract art. Her work from the early 20th century predates the first purely abstract paintings by Kandinsky, Mondrian and Malevich. Now, for the first time, af Klint’s works, some 1,600 in all, have been collected in a Catalogue Raisonné. Af Klint’s work should be seen and appreciated in the series of paintings often depicting specific themes and this ground-breaking publication, divided into seven volumes, allows for this. Volume VI focuses on the time after her mother’s death in 1920 when Hilma af Klint gave up her geometrical works and began to paint with watercolours, as in the series On the Viewing of Flowers and Trees, from 1922.

Produced with the permission of the Hilma af Klint Foundation and featuring introductions by Daniel Birnbaum and Kurt Almqvist, a separate slip cased edition containing all seven volumes will be available in autumn 2021.