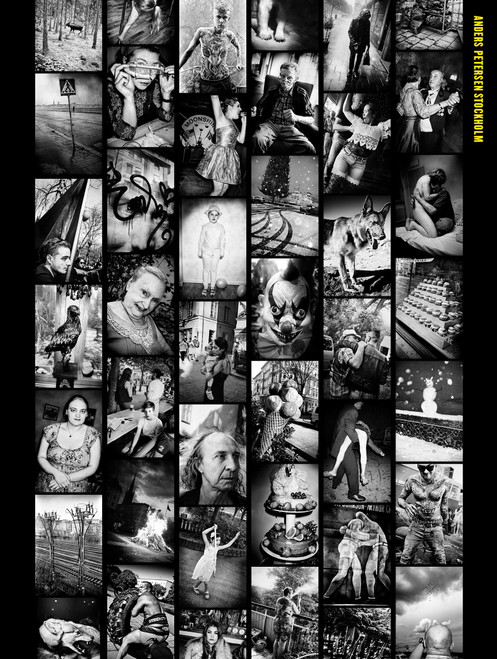 Renowned photographer Anders Petersen turns his lens on the people of his home city, Stockholm

Photographer Anders Petersen has spent four years documenting the people and urban spaces of Stockholm. The work is a unique document of our time, its hustle and bustle and tranquil spaces, its joy, sorrow and love.

Following in a tradition of Stockholm photographers, this, however, is the first time Anders Petersen has chronicled his own city. He has previously documented Caf√© Lehmitz in Hamburg, Gr√∂na Lund in Stockholm, Rome, mental hospitals, circuses and prisons. Anders¬í new book is filled from page to page with hundreds of photographs depicting life in Stockholm in 2015¬ñ2018. These are images of a rapidly expanding city, of everyday life and celebration, of young and old, snow falling on Katarinav√§gen, a parade of dachshunds in G√§rdet, an operating theatre in Danderyd, New Year¬ís Eve celebrations at Skeppsbron¬ís giant Christmas tree...

¬ëAnders Petersen is at his best when he freezes a low-key moment,¬í Liljevalchs¬í director M√•rten Castenfors writes in the book. ¬ëA snowy and desolate winter street, a glimpse of wonder. Images that reveal his incredible sensitivity ¬ñ his presence and his love of what he sees, be it a person or an object that leads us to an unexpected association.¬í