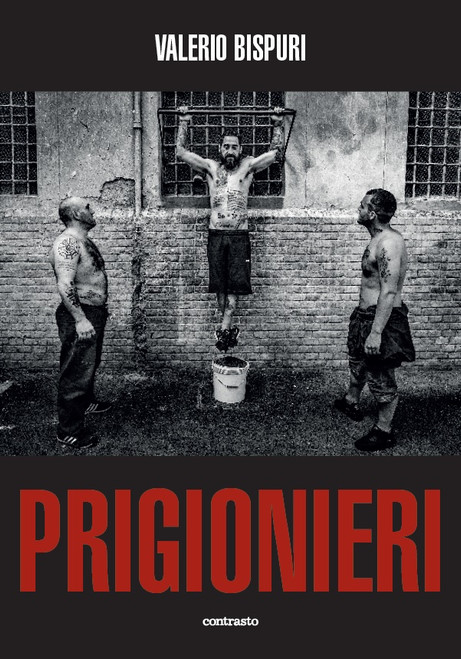 Italy holds 190 penitentiaries ¬ñ among them, 5 female prisons and 52 women¬ís wards. Valerio Bispuri is the first photographer authorized by the Italian Penitentiary Administration Department of the Ministry of Justice to visit some of the most important detention centers in the country to document the condition of prisoners in 15 jails ¬ñ both female and male, like Regina Coeli in Rome, San Vittore in Milan, Poggioreale in Naples, Ucciardone in Palermo ¬ñ from 2014 to present. The Italian penitentiary system is not always able to reach the goal of ¬ìre-education¬î enshrined in the Italian Constitution, despite an attempt to reform the law in force since 1975. Overcrowding, precarious structures, insufficient number of operators, cultural mediators and prison guards are the most relevant problems. At the same time, crucial questions such as study, work, cultural activities and sport are carried out thanks to the will of the prison staff and the fundamental contribution of many volunteers. Prisons are the mirror of a country¬ís society, from small dramas to major economic and social crises. In these non-places, people deprived of their liberty try to rebuild habits, affections and find an alternative for the future.

After Encerrados, in 2015, the result of 10 years of work in 74 prisons throughout South America, and Paco, on the devastating consequences, in the suburbs of South America, of an extremely harmful drug obtained with the cocaine processing waste, the photos by Valerio Bispuri ¬ñ together with the texts by the writer Edoardo Albinati, the founder of the Antigone Association Stefano Anastasia and the author ¬ñ present us a new intense and touching chapter on the life of those who are usually invisible to the eyes of the world, relegated to the margins of society.

The book will accompany the exhibition ¬ìPrisoners¬î at Visa pour l¬íImage Festival in Perpignan, from August 31st to September 15th.