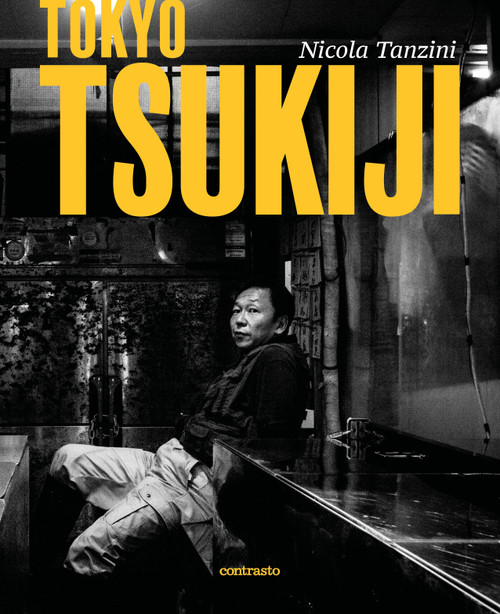 Tsukiji, the largest fish market in the world, has been based in central Tokyo since 1935. Considered a sacred place by Japanese restaurateurs, it has seen its fame grow exponentially, becoming one of Japan¬ís most visited tourist attractions. But now its identity is at risk: it is likely to move to make way for redevelopment in anticipation of the 2020 Olympics.

In this book, Nicola Tanzini dwells on a lesser-known aspect of Tsukiji: the end of the working day, late in the morning. He turns his attention to the internal market (jonai shijo), famous for the tuna auctions, which represents the soul of the place whose key players are the wholesalers, taken in the moments that precede the closure of the market. Everything finally slows down, the frenetic atmosphere of a moment before ceases; thousands of ordinary customers, professionals, curious and tourists, now appear suspended and marked by a state of physical and mental relaxation.