The Other World: Animal Portraits 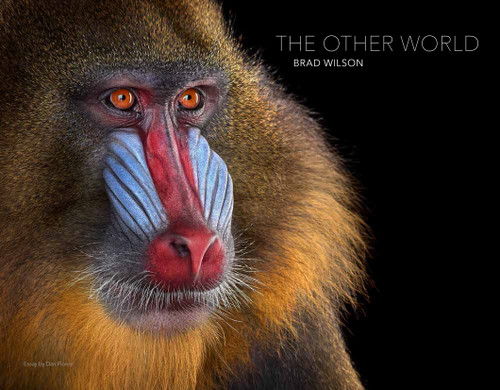 The Other World: Animal Portraits

This spectacular collection of photographs is a follow-up to Wilson’s very successful book, Wild Life, which was published in 2014. With 80 percent new work, stunning landscape format design, a new introduction by Wilson about his philosophy and process, and an essay by Dan Flores, author of the New York Times-bestseller Coyote America, The Other World: Animal Portraits will be a welcome sequel and a strong contender in the popular wildlife photography genre. Although he shoots in the studio, Wilson is inspired by the notion of the “authentic encounter,” that is, allowing the animal to reveal itself to us rather than imposing our subjective notions on it or on the portrait.


About the Author
Brad Wilson works in cooperation with zoos and wildlife sanctuaries who bring the animals into a studio, where he photographs them against a black background. This makes the animals appear grounded and three-dimensional— magnificent, approachable, yet inherently mysterious. He describes the situation as a kind of “controlled chaos,” but in the end it allows him to create images that show each animal as an individual being with its own personality and dignity. There is no anthropomorphism here but rather a wise and respectful approach to these creatures with whom we share the Earth. As he writes in his introduction: “I hope this body of work can stand as worthy testament to these vanishing faces, a bridge of sorts, to remind us that we are not alone, we are not separate; we are part of a profoundly interconnected diversity of life. In each animal’s gaze we see a part of ourselves and catch a fleeting glimpse of another world, a world we once fully inhabited.”

The World of Animal (Travel, Learn and Explore)

Growing: How animals come into our world