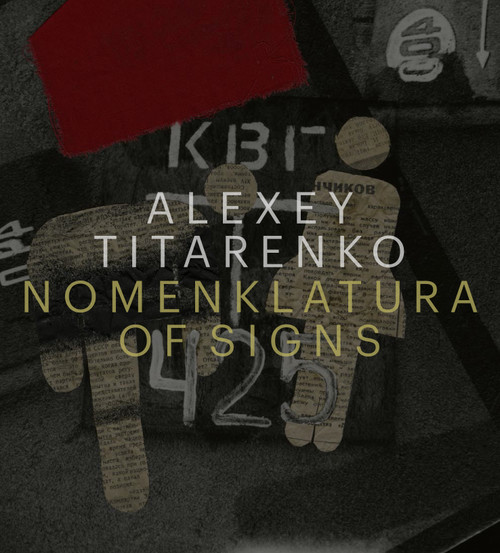 Alexey Titarenko created the series of collages and photomontages that became Nomenklatura of Signs from 1986-1991, under the strict Soviet rule. This new publication presents the series in its entirety for the first time. Working in secret, Titarenko conceived the project as a way to translate the visual reality of Soviet life into a language that expressed its absurdity, in a hierarchy of symbols that, together, formed a nomenclature ¬ó or, in Russian, nomenklatura, a term for the system by which government posts were filled in the Soviet Union. Drawing inspiration from the aesthetics of Kazimir Malevich, Aleksandr Rodchenko, and other artists of the early 20th century Russian avant-garde, Titarenko captures an uncanny, darkly comic world in which language is controlled and subverted much like the Newspeak of George Orwell¬ís novel 1984. The book includes an introduction by writer Jean-Jacques Mari and art historian Gabriel Bauret, as well as a critical interpretation of the series by art historian Ksenia Nouril. The book is designed by Kelly Doe Studio, NYC.

Signs & Symbols of the World: Over 1,001 Visual Signs Explained