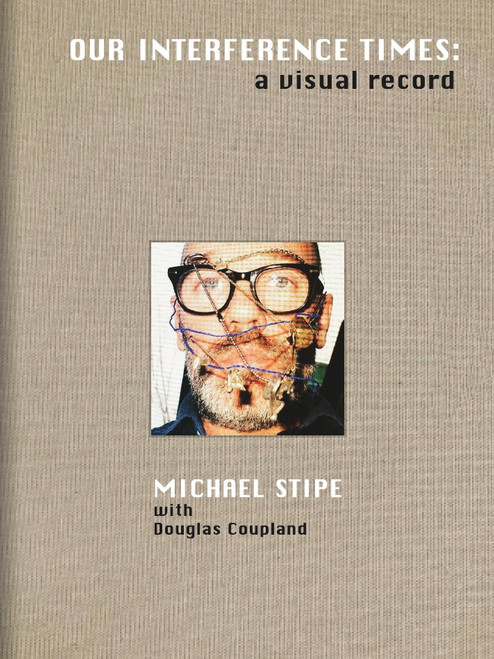 For half of his life, Michael Stipe has lived in a world between worlds, a constantly shifting moir√© pattern. The past world is defined by the analog, the future world by digital.

It was the advent of digital technologies and their integration into our daily lives some 30 years ago that hurled us headfirst into this tumultuous in-between state. Visually speaking, the present doesn¬ít know what it wants to be. Our current horizon and all that wanders there is dictated by both the past and the future, but there is no clear understanding of where the ¬ëright now¬í stands. It is an epic, woozy mishmash, thrilling and unsettling. These states of being don¬ít communicate well¬ó there¬ís no clear point where they mesh, and no agreed upon language exists to easily translate one into another¬óor to integrate them into a new system altogether.

The tug of war between pixels and halftone, between past memory and new memory, and their vagaries of representation, is an endlessly fascinating and technically challenging field. Our Interference Times: a visual record is about that¬ó its moir√© patterns, its signal to noise, its interferences, its consonances and dissonances, its jittery disruptions, and the extreme present tense that we¬íre enveloped in. It is all changing before our eyes with or without our acceptance or agreement. How does one find agency within all of this?

And so it is a confused and odd landscape that we are working to navigate. For Michael Stipe, we are moving closer to something that visually represents nature, perhaps even understands nature better. But the path to that appears to be the opposite, something man-made and destructive. Where will this lead us? The images included in this book serve as a road map to a place that, although right before us, still feels very far away.

Mythomania: Tales of Our Times, From Apple to Isis

Hold Still: A Portrait of our Nation in 2020: Sunday Times Bestseller