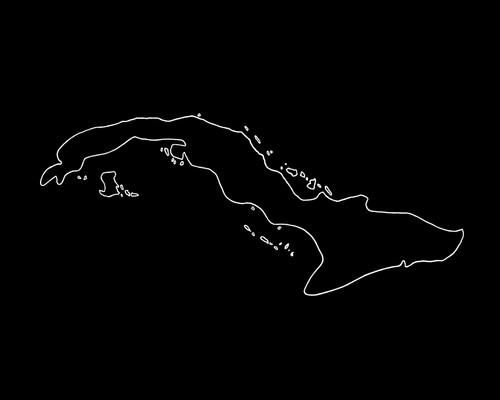 Yo Soy Fidel follows the cort√®ge of Fidel Castro, former Cuban revolutionary and politician, over a period of several days in late 2016. Michael Christopher Brown leaned out a rear passenger window of his passing vehicle in order to photograph Cubans waiting alongside the highway for Fidel¬ís military convoy, carrying his cremated remains from Havana to Santiago, to pass. The route mirrored Fidel¬ís post-revolution journey from Santiago to Havana in 1959, which helped solidify his hero and legend. In Yo Soy Fidel , fragments of this initial image have survived his death though perhaps inevitably lead to a question of what is to come. A country largely seen for half a century as a symbol of dignity and hope in the fight against imperialism, Cuba has a choice - stay true to Fidel¬ís revolutionary path or succumb to globalization and all it entails.

Christopher Winter: Archipelago of the Mind

Raphael and the Madonna

Enrique Martínez Celaya & Käthe Kollwitz: From the First and the Last Things