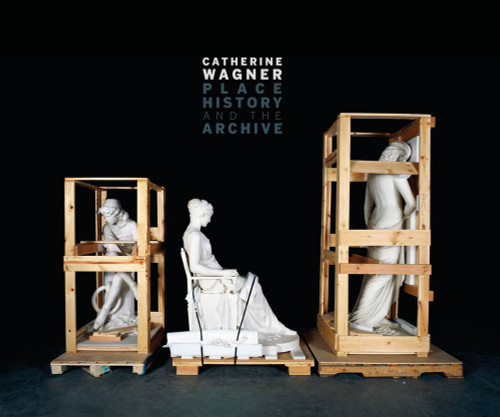 Place History and the Archive provides a forty-year survey of Catherine Wagner's photographic work. This is the first volume to contain Wagner's major bodies of work, dating from 1974 to 2016, in one compelling publication. Wagner's incisive photographs move seamlessly and elegantly between different approaches and content following her interest in the ways in which knowledge is transferred. This expansive new publication surveys nineteen series and includes early projects in which Wagner began working with strategies she calls "archeology in reverse". Early California Landscape (1974), Moscone Site (1978), and 1275 Minnesota Street (2016) employ a strategy of considered observation that interrogates the built environment. Physical and cultural architecture along with its core materials, are reimagined as metaphors for how we construct our cultural identities. Wagner further extends the notion of construction as she examines institutions as various as art museums, science labs, classrooms, the home, and Disneyland. Scientific, cultural, and natural histories are key realms of this exploration. At several Human Genome Project sites, Wagner explored scientific inquiry; while at the Stanford Linear Accelerator she worked on a reimagining of Mary Shelley's Frankenstein . Projects such as Re-Classifying History (2005), Rome Works (2014), and A Narrative History of the Light Bulb (2006), recontextualize archives and collections of various cultural and historical institutions; questioning the representations of how history is recorded. Reparations (2010), and Trans/literate (2013) investigate the processes of cultural change and redefinition by looking at collections of medical splints and Braille books, respectively.

Dennis Hopper: In Dreams: Scenes from the Archive