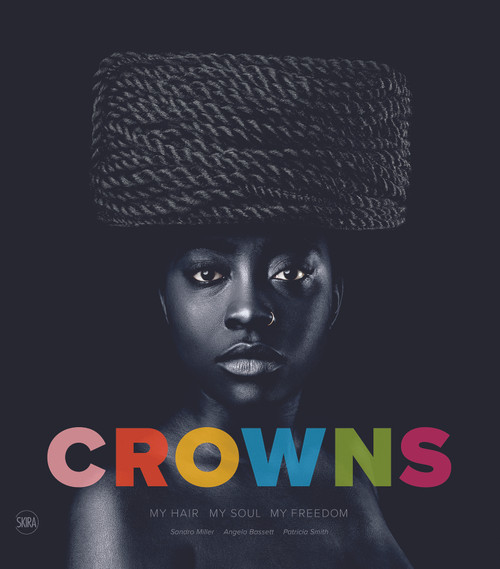 Sandro Miller is a 60-year-old Caucasian male with ancestral roots in Italy, Germany, and America. He is married to a most beautiful 47-year-old Black woman, ClaudeAline Nazaire, whose ancestral roots are in Haiti, the Dominican Republic, and America. His beautiful wife was the inspiration for this photographic project, a documentation of the creative, prideful, and personally expressive reality that announces Black heritage and Black tradition.

The author shared the pointed, upbeat ideal of Black self-expression and idealization. He documented body art and many unspoken ways in which Black women declare their freedom – by choice and sensibility – by sculpting their managed, structured hair. Each portrait in this project recognizes and honors women’s inventive power and beauty while celebrating, at the same time, their social endurance and cultural memory – the triumph of biology and genetics.


About the Author
Sandro Miller (b. 1958) is considered one of the world’s foremost humanitarian photographers.

Angela Evelyn Bassett is an American actress, director, producer, and activist. She is known for her biographical film roles, most notably her performance as Tina Turner in the biopic What’s Love Got to Do with It (1993), for which she was nominated for the Academy Award for Best Actress and won the Golden Globe Award for Best Actress – Motion Picture Comedy or Musical.

Patricia Smith has been called “a testament to the power of words to change lives.” She is the author of seven books of poetry, including Incendiary Art (2017), winner of an NAACP Image Award and the Kingsley Tufts Poetry Award. Her work has appeared in Poetry magazine, the Paris Review, the New York Times, TriQuarterly, Tin House, the Washington Post, and in both Best American Poetry and Best American Essays.

Anne Morin is a graduate of the École Nationale de Photographie d’Arles and the École Supérieure des Beaux-Arts de Montpellier. She worked for the PHotoEspaña Festival between 2001 and 2004, before becoming the head of diChroma Photography (Madrid), a company specialized in international travelling photographic exhibitions, as well as in the development and production of cultural projects. She curated several exhibitions such as Vivian Maier, Margaret Watkins, Jessica Lange and Robert Doisneau.

My Dad is My Uncle's Brother

Made by James: The Honest Guide to Creativity and Logo Design