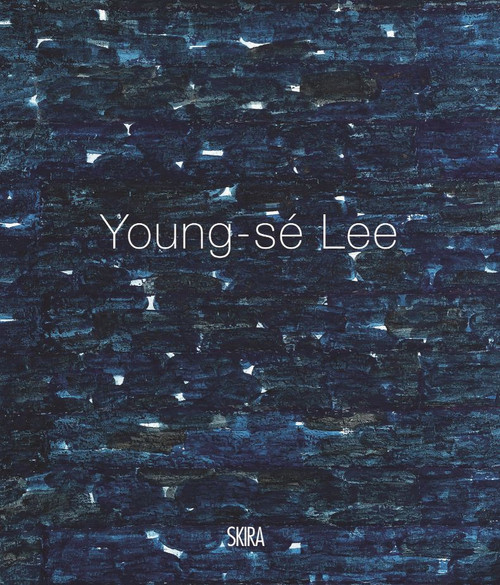 Young-sé Lee left Korea for France with his family when still very young. He began painting in the studio of his father Ungno Lee before going on to attend the Grande Chaumière and then the École des Beaux-Arts in Paris. While resolutely modern, his work is rooted in the Asian tradition in both thematic and technical terms.

His primary source of inspiration is nature, addressed in a free and non-formal way. Water, stone, earth and bark are revealed through the effects of natural inks of Korean origin on Hanji paper, traditional Korean paper made from the bark of the paper mulberry tree.

Using a printing technique he developed himself, Young-sé Lee places paper soaked in ink and water on thick wood blocks previously engraved with abstract motifs. The paper placed on the block thus picks up its grain, traces and forms in such a way that the sculptor’s action and the original texture of the roughly hewn wood become visible. Together with the fluidity of the ink, the combination of this coarse physicality and the nobility of the paper on which it leaves its imprint endows his works with a harmony balanced between strength and lightness. Verging on the intangible, they invite the viewer’s contemplation.


About the Author
Young-sé Lee is a French artist of Korean origin. He lives and works in Vaux-sur-Seine (Véxin).

Sabine Vazieux is an art historian and gallery owner.

Lydia Harambourg is an art critic.

Mael Bellec is a curator in charge of the Chinese and Korean collections at the Musée Cernuschi in Paris.

The Lives of Lee Miller