Maurizio Galimberti. A gaze into the labyrinth of history 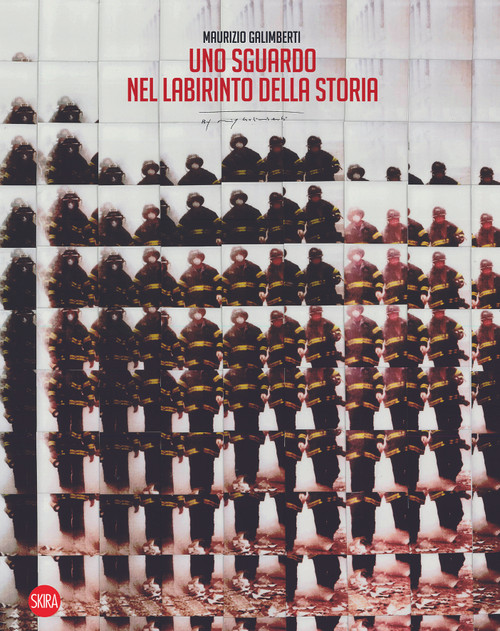 Maurizio Galimberti. A gaze into the labyrinth of history

“I try to bring the spectator to a surprising and profound analysis of the works, from the artistic project to the horror that many of these images provoke. I try to mitigate the horror with the poetry that I obstinately seek out, even when it is death, brutal death, that’s represented, which history always brings us.”

Maurizio Galimberti After his renowned portraits of international celebrities and photos of the Big Apple, after the incredible work he undertook in 2019 in producing his photographic book on Leonardo’s Last Supper, Maurizio Galimberti is embarking on a new venture: to tell the story of a century of history from 1917 to 2018, through his own very personal perspective.

The Great War is portrayed through the remarkable film of that name by Mario Monicelli, and the image is one that sets two men in front of a crossroads: Vittorio Gassman and Alberto Sordi. Anna Magnani in Roma Città Aperta (Rome, Open City) and Sofia Loren in La Ciociara (Two Women) both repeat the same gesture, the former as she rushes forward, and the latter as she crouches on the ground to be transformed by Galimberti into a Brancusian column. Nikita Krushchev bangs his shoe like an ectoplasm on the table at the UN, while his face turns into Munch’s scream. An East German soldier (Conrad Schumann) leaps over the wall dividing East from West Berlin and on the right the Polaroids seem to show us a kiss. John Fitzgerald Kennedy hurtles towards his death (and sleeps like a child in this photograph) while his wife throws herself onto the back of the car to retrieve the pulped remains of his brains. Martin Luther King lifts a finger that turns into a shout, calling everyone to do their part and overcome the invisible barrier that protects every anonymous life. Che Guevara looks into the distance, smiling bitterly, and puffs out the smoke of his cigar almost as if to repel the evil that is assailing the world of those who are enslaved, whichever political caste is in power. In this way, crucial moments of the last hundred years are shattered into a host of photographs and recomposed in a multi-faceted image, governed by a mathematical rigour and by an incredible poetic unity.

Food: The History of Taste

The Volga: A History

The Maze: A Labyrinthine Compendium