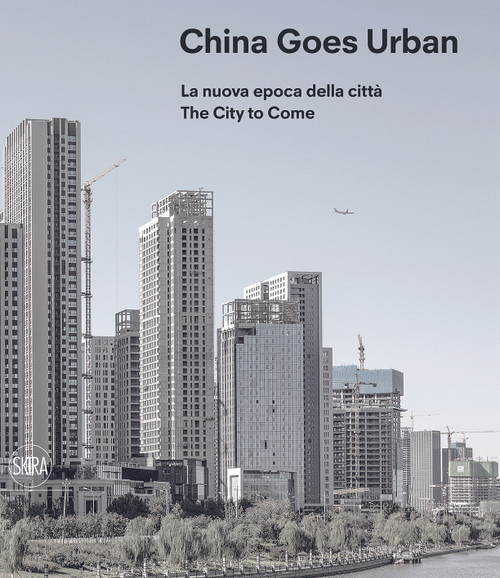 In 1978, 18% of the population in China lived in urban areas. Since then the number of inhabitants in cities has increased approximately 1% per annum and currently makes up 60% of the total population. New infrastructures and settlements have gradually modified the landscape, transformed property rights, swept away administrative boundaries, and “gobbled up” rural spaces and villages. Understanding the rapid, disruptive process of Chinese urbanisation is not easy. Existing categories and models are useless. If we believe it to simply be an exaggeration and a flaw, we are effectively ignoring the fact it constitutes an epochal change, that the current pandemia makes ever more deep and hard, one which redefines roles and relationships not only from a geo-economic and geopolitical point of view, but also from the point of view of culture, imagination and possibilities. China Goes Urban proposes to change viewpoint, to look at reality rather than pigeonhole it in predefined categories and models. It is an invitation to explore the world by travelling through the city and architecture of today and tomorrow and circumnavigating the concept of city. It does not provide answers. It interrogates and questions. It highlights the relationship between the specificities and differences of current global urbanisation. It indicates to what extent today changes in China are not foreign to us and our existence in the world.

Ze French Do it Better: A Lifestyle Guide