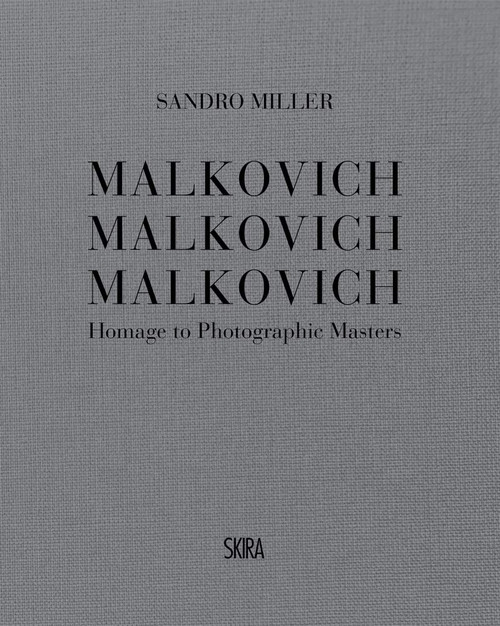 John Malkovich and Sandro Miller pay homage to the icons of photography that have changed our collective imagination.

Meryl Streep is a myth, even without the celebrated portrait taken by Annie Leibovitz in 1981, and another myth ¬ñ John Malkovich ¬ñ pays heartfelt homage to her talent, with the complicity of Sandro Miller in a project designed to bring to life the works of master photographers that have changed our collective imagination. In this original project, photographer Sandro Miller uses the celebrated American actor to recreate some of the most famous portraits of all time. Malkovich Malkovich Malkovich! is a sort of magic formula with no need for Photoshop, relying simply on the actor¬ís chameleon-like talent to open the doors of our imagination.

Thanks to meticulous make-up sessions, costumes and sets, coming after months of research, Malkovich becomes Albert Einstein sticking his tongue out at Arthur Sasse (1951), Che Guevara as captured by Alberto Korda (1960), Hitchcock, the master of suspense, as portrayed ironically by Albert Watson, and Jack Nicholson behind the mask of the Joker by Herb Ritts (1988). Miller¬ís impressive talent for lighting and editing takes care of all the rest. Establishing a profound connection with the subjects and authors, styles and artistic languages, Malkovich represents Robert Mapplethorpe¬ís transgressive Self and animates Andres Serrano¬ís plastic crucifix (1987), Andy Warhol¬ís pop art and the fragrance of Jean Paul Gaultier¬ís vibrant spirit immortalized by Pierre et Gilles (1990). With a fur wrapped around his head, Malkovich becomes Mick Jagger as depicted by David Bailey (1964) and even transforms, naked and covered with bees, into Richard Avedon¬ís famous Beekeeper. The same versatility allows him to embrace his Yoko Ono, lying beside her nude like John Lennon before Annie Leibovitz¬ís camera in the award-winning shot taken only a few hours before he was murdered.