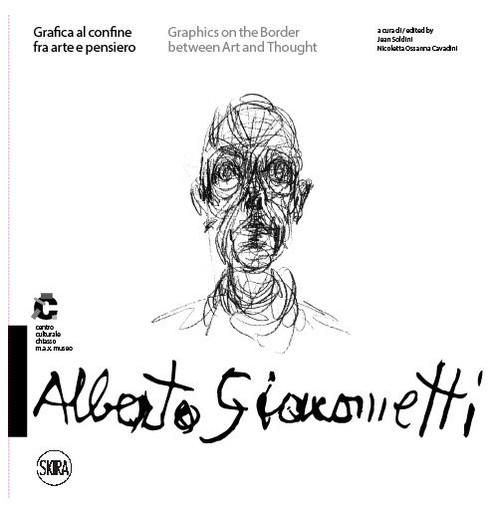 Alberto Giacometti (1901-1966), numbered among the most important artists of the twentieth century, is famous above all as a sculptor and painter but he always paid particular attention to the value of drawing and graphics. In his lifetime he produced a rich output of works in this field, the expression of a profound artistic research that has remained less visible than his sculpture and painting. This volume documents and emphasizes Giacometti¬ís research into graphics with a specific focus on the over four hundred sheets and numerous artists¬í books in which he explored various techniques, from woodcuts to burin engravings, etchings, drypoints, lithographs and callotypes. Accompanying the prints are some chalcographic and lithographic matrices. The creative environment of the artist and man is also revealed through the evocative photographs taken by Ernst Scheidegger and Paola Savioni Martini.

Alberto Giacometti was born in 1901 in Val Bregaglia, in Italian-speaking Switzerland. Son of the well-known painter Giovanni Giacometti, he was initiated from an early age into artistic studies. After attending art school in Geneva and making some study trips to Italy, he elected Paris as his city of reference. He enrolled in the Acad√©mie de la Grande Chaumi√®re and in that period he came in contact with neo-Sumerian, Egyptian, African and pre-Columbian art, the work of Constantin Brancusi, Raymond Duchamp-Villon, Henri Laurens, Jacques Lipchitz and Andr√© Masson. He responded to the fascination of Cubism and then joined the Surrealist movement with its free erotic-poetic associations. In 1930 he exhibited with Jean Arp and Joan Mir√≥ at the Pierre Loeb gallery in Paris. He met intellectuals like Louis Aragon, Georges Bataille, Michel Leiris and Isaku Yanaihara. Giacometti then again gave prominence to the human figure and developed a highly original research, which had its pivot in the concept of appearance, understood as a ¬ìcore¬î, as he himself stated. Close to though independent from leading figures such as Jean-Paul Sartre, Simone de Beauvoir and Samuel Beckett, Giacometti continued researching steadily, even in the last years of his life. In 1962 he received the Grand Prix for Sculpture at the Venice Biennale and three years later the Grand Prix des Arts in Paris. In 1965, the Museum of Modern Art in New York devoted an anthological exhibition to him.