The Red Adventure: A Journey on the Red Sand of Australian Outback 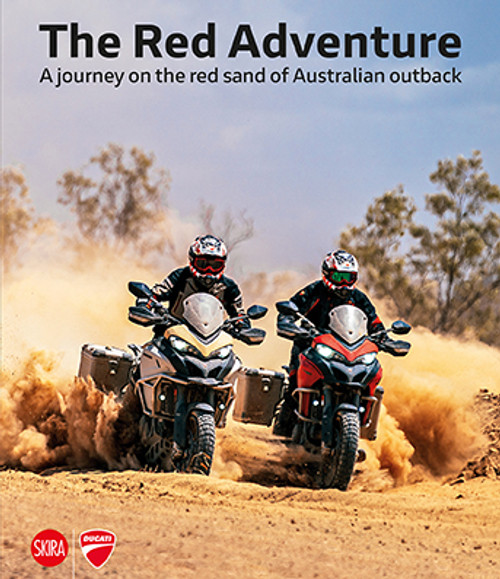 The Red Adventure: A Journey on the Red Sand of Australian Outback

A stunning photo album exploring the beauty of Australia riding a Ducati.

The urge for travel and adventure, for freedom and discovery has always impelled men to move on, cross oceans and continents, climb mountains and brave deserts. This is a story that celebrates power and grandeur, set on the dirt roads that cross the remote territories of Australia. Two motorcyclists recount in real time their adventures at the wheels of their Ducati Multistrada bikes. Riding along some of the world¬ís wildest and most beautiful dirt roads, they encounter the kangaroos, parrots, shimmering deserts and the forests of Australia. The motorcyclists ¬ñ with their bikes, their faces strained by fatigue, their shining eyes and emotion-filled smiles ¬ñ manage to perform magic, transforming the road into a journey.