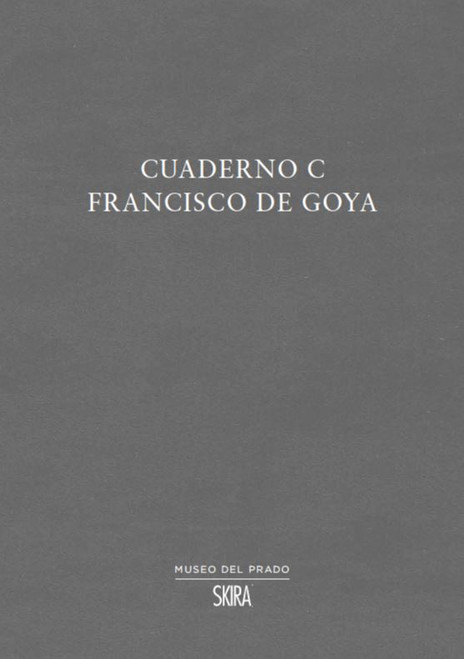 An album with over 100 drawings by the Spanish master.

A collaboration between Skira and the Museo Nacional del Prado in Madrid, which celebrated its 200th anniversary in 2019, this work is an accurate reproduction of the precious Cuaderno C (Album C) composed of over 100 drawings by the master Goya. The Album C is an example of the complexity of Goya¬ís work; made over the course of the War for Independence and the following years of repression, its theme is influenced in many aspects by the historical moment (1808-1820). It covers a vast range of topics, from aspects of everyday life (with the presence of numerous beggars) to dreamy visions of the night world; a vast group of sheets is made up of drawings of prisoners of the Inquisition and scenes of cruelty in prisons. Another group concerns a critique of habits of monastic orders and the representation of monastic life, secularised after the decrees of French authorities.

The Cuaderno C (Album C) is the most important and unique album that has survived almost intact, without dismemberment or subsequent selling, and it is held at the Museo del Prado, formerly in the Museo della Trinit√†. Of the 126 drawings known, 120 are at the Museo del Prado, one at the National Library in Madrid (C 56), one at the British Museum of London (C 88), two at the Hispanic Society of America in New York (C 71 and C 128) and another two in a private collection in New York (C 11 and C 78). Unlike the first two drawing albums [Albums A and B], bought by Goya already bound, he made the Album C himself with sheets of Spanish paper and not with Dutch paper from better quality, due to the economic situation of the artist and the countryin war and post-war periods.

An essay by Jos√© Manuel Matilla Rodr√≠guez, art historian and head of the Department of Drawings and Prints at the Museo Nacional del Prado, accompanies the volume of drawings.