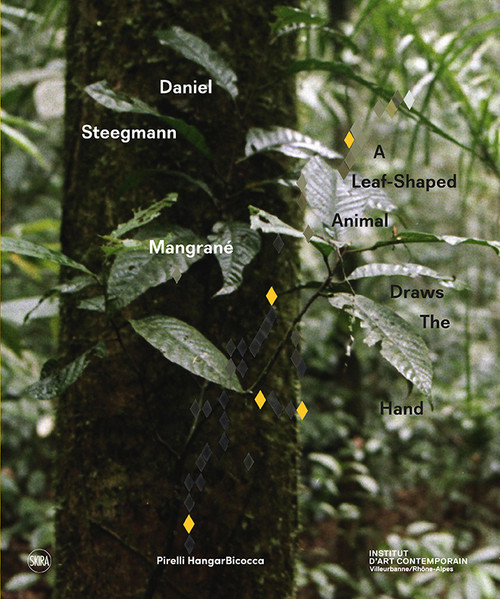 An aesthetic investigation of environmental complexity through a selection of works realized by the Spanish artist since 1998.

Published in conjunction with the solo show at Pirelli HangarBicocca, this constitutes the most complete monographic study on Daniel Steegmann Mangran√© (Barcelona, 1977). Covering his work from the late 1990s to the present with over a hundred installations, drawings, sculptures, photographs and films, the catalogue includes studies by the art historians Kaira M. Caba√±as and Flora Katz, and a conversation between the artist and the writer and curator Lauren Cornell as well as texts by Nathalie Ergino, director of the Institut d¬íart contemporain (Villeurbanne/Rh√¥ne-Alpes), and the curators of the show at Pirelli HangarBicocca, Lucia Aspesi and Fiammetta Griccioli.Daniel Steegmann Mangran√©¬ís work is characterized by a poetic approach in which geometric and abstract forms intersect with natural elements and originate an imaginary realm with recurrent motifs like leaves, trees and insects that prompt reflection on the reality we inhabit. The artist uses different media for the creation of his works, according priority to a modus operandi whereby technical characteristics are intrinsically intertwined with the process of production.

Mangran√©¬ís interest in biology has led him to investigate complex ecological systems and introduce the natural world into his works with numerous references to the rain forest in Brazil, including branches, leaves and insects. Combined with geometric shapes and abstract motifs, these prompt reflection on the complex dynamics of the elements surrounding us.