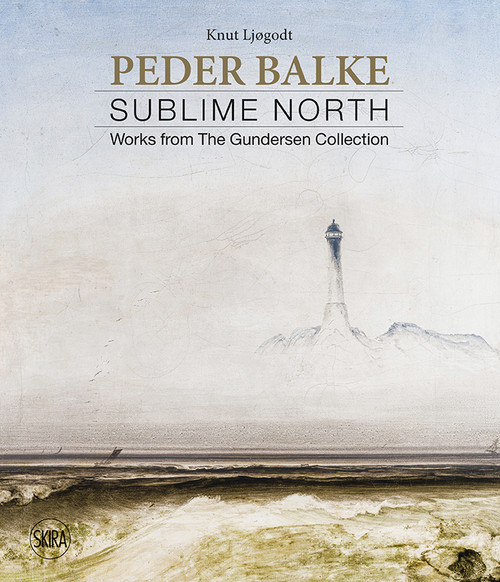 Peder Balke (1804-1887) is one of the most outstanding artists of Northern European Romanticism.

Born in the inland of Norway, Balke was originally trained as a house painter; he was considered a craftsman, as opposed to a fine artist. However, his talent was recognized and Balke went to Oslo. Later, he took instruction from landscape painter Carl Johan Fahlcrantz in Stockholm, and his famous fellow Norwegian, Johan Christian Dahl in Dresden. Here, Balke also got in touch with the art and ideas of German Romanticism and encountered the leading painter Caspar David Friedrich and his circle.

An event of great importance to Balke¬ís artistic development was a large commission from king Louis Philippe of France. It was probably at this period that Balke started to develop his own, highly experimental technique for rendering his impressions of the Northern nature.

The book will consist of two parts. The first part will bring a long essay on Peder Balke¬ís life and works, concentrating on the artist¬ís later, more experimental works, which are considered the most interesting aspect of Balke¬ís oeuvre, and on which The Gundersen Collection is very strong.

The Gundersen Collection is built up through several decades by collector P√•l Gundersen. In addition to being among the finest private collections of Edvard Munch¬ís prints as well as of Norwegian folk art, it also contains almost 40 paintings by Peder Balke. It is thus the largest collection of the artist¬ís oevure in the world, and provides unique insight into Balke¬ís artistic development.

REPerspective Deborah Hay: Works from 1968 to the Present

Buddha and Shiva, Lotus and Dragon: Masterworks from the Mr. And Mrs. John D. Rockefeller 3rd Collection at Asia Society