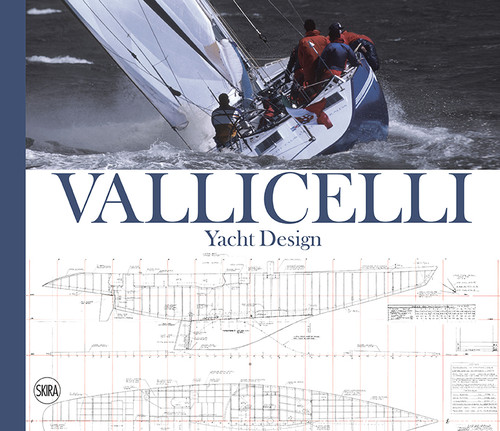 Forty years of boat design told by a major architect.

Forty years of history, not only of boat design, but of the boating world in general. Andrea Vallicelli, the designer of Azzurra for the first Italian America¬ís Cup, narrates everything in an exciting story, fine-tuned with Valerio Paolo Mosco, who make us participants in a story, that of the boating world, which is still mainly unchartered. Vallicelli shows us not only the boats of his studio, and how they were conceived, made and their success, but in general how yacht design has always been based on a constant intermingling between innovation and intuition of the past and how, precisely for this reason, still today it is one of design¬ís greatest expressions.

The book is also a precious collection of drawings, mostly previously unpublished, that bear witness to the evolution of design representation techniques: from pencils to software.

Andrea Vallicelli, an architect, is also a yacht designer of international standing. He was the first in Italy to direct a university course in Boating Industrial Design. He has taught at numerous Italian universities, including the Universit√† di Palermo, Roma-La Sapienza, Florence, Politecnico di Milano and Chieti-Pescara, where he currently teaches Design 2. The designer of Azzurra, he has conducted much research applied mainly to boating, designing numerous boats built in Europe and in America and vastly published in international magazines. He has also won many national and international awards and recognitions.

The Thonet Brand: A Look at its Graphic Design History