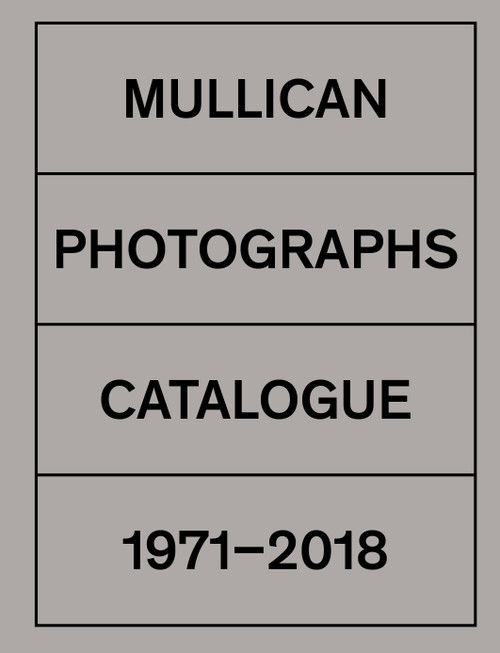 The first complete compendium of Mullican¬ís photographs from the 1960s to the present.

Focusing on a medium the artist incessantly used from his debut to the late 1960s, but never analysed in depth by critics, the catalogue Mullican. Photographs comprehensively documents the entire photo oeuvre of Matt Mullican (Santa Monica, California, 1951. He lives and works in New York and Berlin), publishing a compendium of all his analogue photos taken between the 1960s, 1970s and 1980s up to his recent digital images and series, including images made by ¬ìThat Person¬î ¬ñ the artist¬ís alter ego that emerges during states of hypnosis and trance ¬ñ plus computer-generated images ¬ñ in his initial experiments of virtual reality in the 1980s and 1990s ¬ñ and a portfolio of exhibition views at Pirelli HangarBicocca, the biggest retrospective to date on Mullican, exceptionally photographed by the artist himself.

In addition to an extraordinary collection of 2,000 images, this publication also contains various relevant texts: a conversation on photography between Matt Mullican and the artist/photographer James Welling; a critical essay on the use of images by Anne Rorimer, art historian and author of essays on the Picture Generation and the catalogue The Forest of Sign (1995); an excursus on the artist¬ís digital photography and images by Tina Rivers Ryan; a conversation between Mullican and the exhibition curator Roberta Tenconi; finally, an essay by the philosopher Marie-Luise Angerer that explores the meaning of the show¬ís title, ¬ìMatt Mullican. The Feeling of Things¬î, the idea of ¬ìfeeling¬î, of perceiving things.