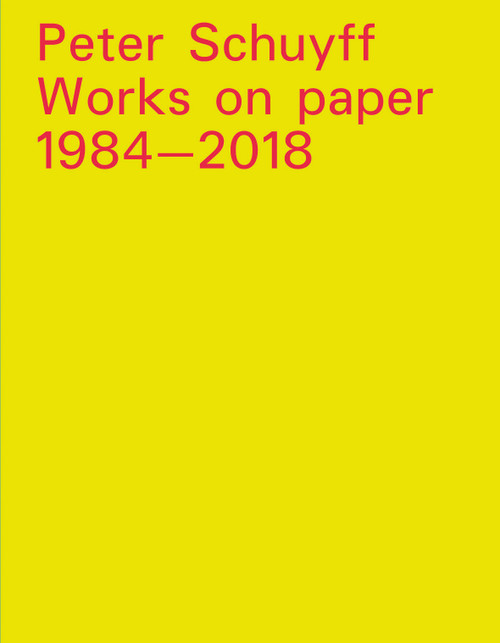 35 years of works on paper by the contemporary Dutch artist.

¬ìPeter Schuyff is a fascinating little bastard and he presents a good opportunity for thinking about painting.
Painting is personal. There are no ultimate truths about it. Much of the most perceptive writing about painting, especially new painting, in the last 200 years has been produced by poets¬óBaudelaire, Rilke, Apollinaire, Ashbery, Ricard¬órather than trained ¬ìexperts¬î because what there is that¬ís interesting to say about it is best accessible via the language skills and sophistication and sensitivity to subtleties of perception and consciousness cultivated by poets. I am not a poet, but I almost am, and I claim legitimacy as an art writer by the same token: nobody knows what is interesting in art except the person who can persuade you they do.¬î ¬ó Richard Hell

Peter Schuyff 1958 (Baarn, NL) is a painter, sculptor and musician. He was a prominent member of the Neo-Geo movement and showed his work at Pat Hearn Gallery (1983), Gagosian Gallery (1985) and Leo Castelli Gallery (1987).

Peter Schuyff lives and works in the Netherlands.