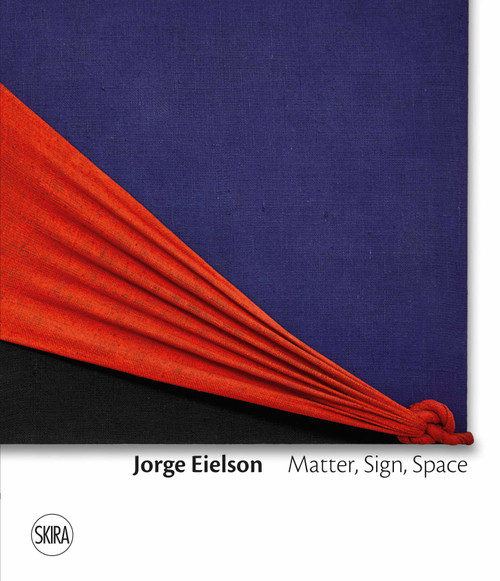 The Peruvian artist Jorge Eielson is a pivotal figure in the twentieth century art, whose importance is gradually garnering international attention.

Poet and writer, even before than visual artist, Jorge Eielson (Lima, 1924 ¬ñ Milan, 2006) has always explored forms of artistic communication that deliberately express the contamination and the dialogue between different specificities and cultures, beyond assimilated conventions and established practices. The experimental and radical dimension of his work led him to condense the different aspects of his creativity into his essential artistic works, without renouncing to a narrative and symbolic dimension.

The monograph, realised in collaboration with the Archivio Jorge Eielson and with the Centro Studi Jorge Eielson in Florence, brings together a series of highly significant examples of his work, to retrace the key stages in his creative career.

The book and the London exhibition intend to emphasize the persuasive relevance of Eielson¬ís poetics in its global communicative dimension, also proven by being a source of inspiration for the Peruvian pavilion at the last Venice Architecture Biennale in 2018. The latter was characterized by an installation of 250 square meters, with an entrance panel featuring 447 knots representing the 447 ¬ìhuacas¬î present in Lima, creating a dialogue between architecture and environment, and between memory and modernity

Why the New Deal Matters