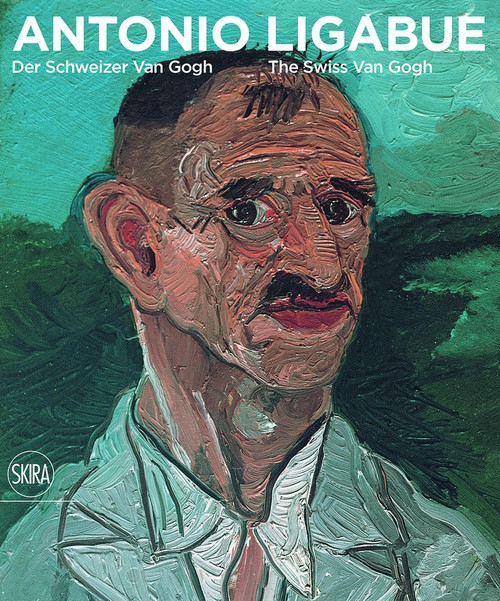 One hundred years after his deportation, Antonio Ligabue (1899-1965) is now returning to his lost homeland with the exhibition at the Museum im Lagerhaus. After growing up in Eastern Switzerland as the child of an Italian immigrant and an Italian adoptive father, he was sent "home" to Gualtieri, Italy, the hometown of his adoptive father Bonfiglio Laccabue, in May 1919. As a foreigner in Switzerland, he came to Italy, a foreign country to him. Homeless, without connections, and without a sense of direction, he lived in the woods in a hut or a barn - wherever he could find shelter. Ligabue's entire work is full of memories and reminiscences of his life in Switzerland, of his "home." He taught himself to draw animals as a child, as evidenced by documents from the "institution for feeble-minded children" in Marbach and the St. Pirminsberg mental hospital in Pf√§fers, in the canton of St. Gallen. In Italy he was driven by his will to be an artist. Scorned and humiliated, he lived between hostility and indifference and underwent three further admissions to the San Lazzaro psychiatric clinic in Reggio Emilia. In Antonio Ligabue, the "tragic expressionist," we encounter works in which the visionary goes hand in hand with the joy of the decorative - for instance, in the pictures of wild animals fighting, and in his self-portraits, which reflect a suffering that cannot be alleviated. The exhibition and catalog reveal Ligabue's life path, which was hidden away in Swiss archives. One hundred years after his deportation, Antonio Ligabue is now being discovered as the "Swiss Van Gogh."