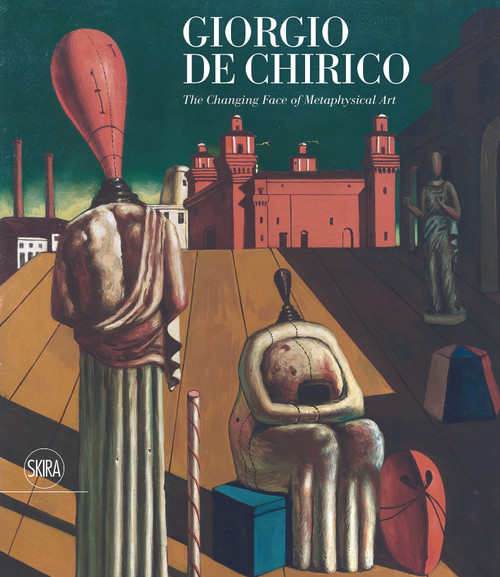 An innovative analysis of the artistic poetics of the master of metaphysical painting.

Through a selection of important works made during this master¬ís career, this volume aims to conduct a critical revision of the artist¬ís complex practice for the centenary of his so-called volte-face in 1919, the year he was criticised for leaving metaphysical painting (1910-1918) in favour of styles and techniques inspired by Classicism and the grand masters.

Edited by the most important experts of De Chirico, The Face of Metaphysics promotes an innovative interpretation of the artist¬ís oeuvre (both metaphysical, where the traditional confines of linear time and space are replaced by the doctrine of cyclical coexistence); an arrangement according to themes and not chronology underlines the idea that, despite the many changes in style, technique and subject, composition and colour tone, all of De Chirico¬ís works may offer tangible visions of the intangible philosophical concept of Metaphysics, advanced by Nietzsche in the late 1800s: constant metaphysics.

Divided into six sections (The Eternal Return; Metaphysical Exteriors; Metaphysical Protagonists; Metaphysical Interiors; Metaphysical nature; Metaphysics Encounters Tradition), this volume gathers around 90 works from some of the most prestigious private museums and collections in Italy and from the Fondazione de Chirico and also offers a rich core of archive documents including letters, period photos and exhibition catalogues.