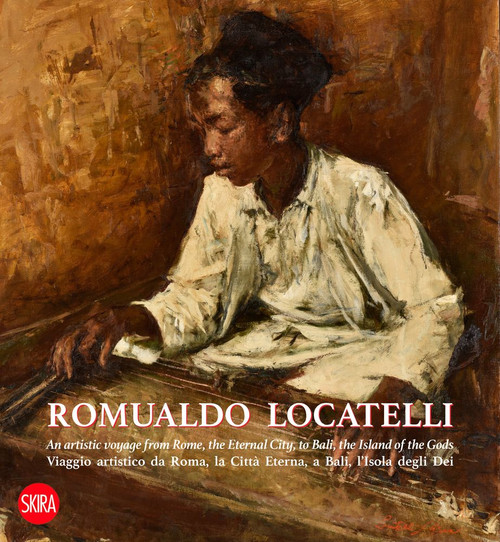 The work of Romualdo Locatelli, a renowned 20th-century Italian painter.

Romualdo Locatelli (1905-1943) is considered the leading Italian exponent of that particular Orientalist genre of painting known as "Mooi Indie ". From the early successes at the Carrara Academy, to the main Italian art scenes of Brera Academy in Milan and "via Margutta" in Rome, where he became the most sought portraitist under the royal and papal patronage, he reached the peak of his art production in Bali, the island of the gods (1939).

Throughout Southeast Asia's history of foreign relations, there have been several moments of cross-cultural connections that were immortalized on canvas. Romualdo Locatelli is responsible for capturing such intimate moments. In turn, traveling and settling in the Far East transformed his oeuvre and his legacy to the art world. It may be said that the region itself, particularly Bali, became a muse for the artist, who found in this land his greatest inspiration, mesmerized by the wild and untouched nature, by the intense and sophisticated sensuality of her women, and by the mystery and diversity of these unknown lands.

The Oriental experience, together with his passion for the observation of human nature and continuous research through painting, can be considered both the pillar and the watershed of his lifetime work.

Rome Was: Rome from Piranesi to the Present