Give It Your All: 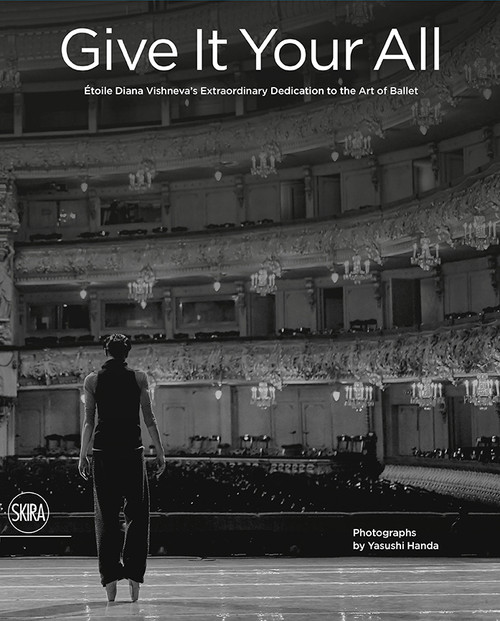 Give It Your All:

An intimate narrative photography book about Ballet √âtoile Diana Vishneva¬ís extraordinary dedication to the art of Ballet, made during her recent nostalgic homecoming to beloved Russia.

¬ìI met Diana Vishneva for the first time at a coffee shop in Shibuya, one of Tokyo¬ís trendy district. At first, she appeared to me timid and frail. Like a delicate flower, she was hiding behind her husband-manager Konstantin, listening to our conversation at a distance. In our first studio photo session, however, I witnessed an extraordinary transformation of personality and physique. I truly stood in awe for Diana.¬î - Yasushi Handa

Diana Vishneva is a world class athlete and testament of total dedication to the Art of Ballet. An art that can be achieved only by way of stoic discipline, painful training and personal sacrifice. Only a year after winning the Gold Medal at Prix de Lausanne in 1994, Diana became the principle dancer at The Mariinsky Theater. From there, her exceptional skills allowed her to begin a truly international career with performances at the Opera in Paris, at La Scala in Milan, at the Bayerisches Staatsballett, to name just a few. From the year 2005 until 2017, Diana has been a principal dancer at the American Ballet Theater in New York.

Yasushi Handa has decided to make a photographic account of her recent past and telling the story of her present. He and Diana Vishneva have touched subjects that had relevance in her life such as her encounter with most revered Star of Soviet Era Ballet, Maya Plisetskaya, as well as her devotion to religious beliefs and her desire to nurture promising talents. Glimpses of Russian society are photographed as a symbolic backdrop for the story of this book

Yayoi Kusama: Give Me Love

Rudolf Zwirner: Give Me the Now: An Autobiography

Italic: What gives Typography its emphasis