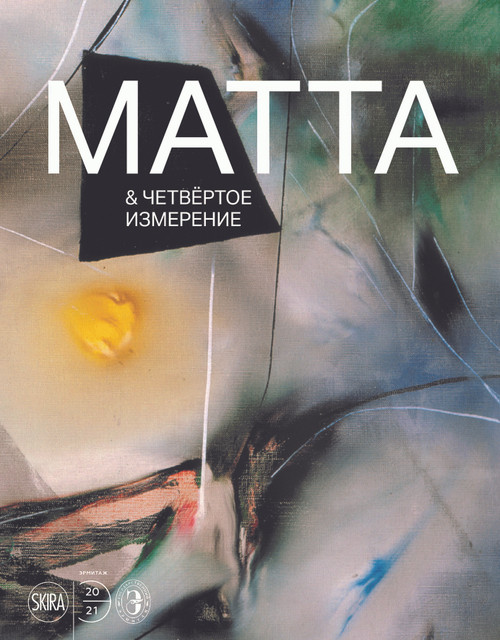 The works of Roberto Matta (1911-2002) on the occasion of the first exhibition in Russia devoted to one of the last Surrealist masters.

Published on the occasion of the first exhibition in Russia, the volume features over 60 works showing Roberto Matta¬ís unique understanding of space and the evolution of the artist who was able to find his own vison of the world through the fourth dimension and project it on canvas.

Roberto Antonio Sebastian Matta Echaurren was born in 1911 in Santiago, Chile. A cosmopolitan artist (mixed Spanish, Basque and French origin), Matta lived and worked in South America, France, Mexico, the US, Italy, Spain and England. Urged by his parents who did not believe painting could be a serious enough occupation, Matta received a degree in Architecture at Catholic University in Santiago. While in the employ of Le Corbusier in Paris in the 1930s, he met the Surrealists and worked on his drawing.

Courage, thirst for knowledge, being open to new trends in art, deep psychological insight and keen interest in technical progress made Roberto Matta an outstanding figure in the world of art. Rejecting the formal boundaries of style, he always checked his art with reality, trying to learn the depths of a human nature.

Affected by the ideas of non-Euclidian geometry, Matta tried to give shape to the structures built in his mind, to create space beyond the visible, conventional perspective. After taking part in the International Surrealist Exhibition of 1938, largely thanks to his friendship with the English painter Gordon Onslow Ford, Matta started researching what he called ¬ìpsychological morphologies.¬î

Ford introduced him to the works of Peter D. Ouspensky, a Russian philosopher and a theorist of the ¬ìfourth dimension.¬î Matta shared Ouspensky¬ís idea that the fourth dimension adds to the third dimension the feeling of space, of motion and of time that is essential for one to realize the constant and irreversible process of change in the world, where every new moment is different from the previous one.

Kolobok: A Russian Bun  On The Run!