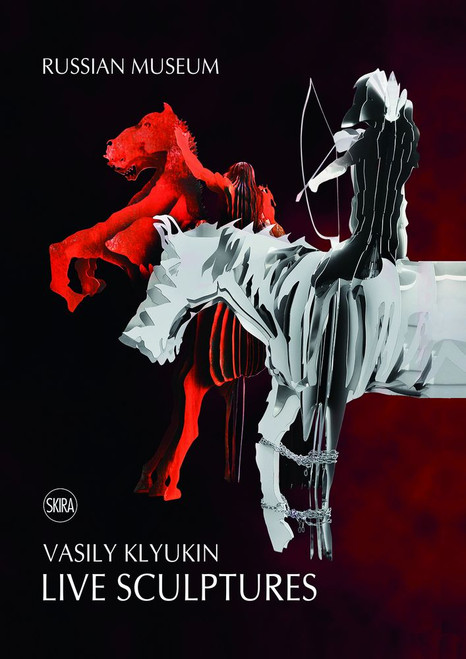 This book presents the extraordinary three-dimensional "live sculptures" by the Russian architect, designer, writer and artist.

Having some engineering experience, Klyukin was able to experiment and derive a concept of connecting steel sheets on a non-existent, speculative axis without any actual fasteners. The principle of mobility of each individual piece was the basis for this technological innovation. Each sculpture created without physical fasteners is easily assembled and disassembled. This new experience brought new satisfaction. One of the statuettes done using the "live sculpture" technique, the Golden Madonnina, was used as the official award during Milan Design Week in 2017, a kind of Oscar for designers.

Vasily Klyukin was born in Moscow in 1979. From 1995 to 2010, he was active in business; when he left business he moved to Monaco, where he took up writing, architecture, and design. In 2013, he published Designing Legends, an album of architectural concepts that contained fifty of his visions for future buildings such as towers, office buildings, museums, and opera houses. Klyukin is recognized by many for his pronounced individuality and the unique shapes of his buildings. He strives to make each building internationally recognizable and mark it as the symbol of the city, or even the country that hosts it. In 2016, he published a sci-fi novel, Collective Mind. This is a dystopia about the creation of artificial intelligence, a computer that uses human brain as fuel. The book has been translated into English and French and published around the world. The sequel to the novel is expected in 2019. Hollywood producer Peter D. Graves has optioned Collective Mind.

Black and Violet by Vasily Kandinsky A5 Notebook