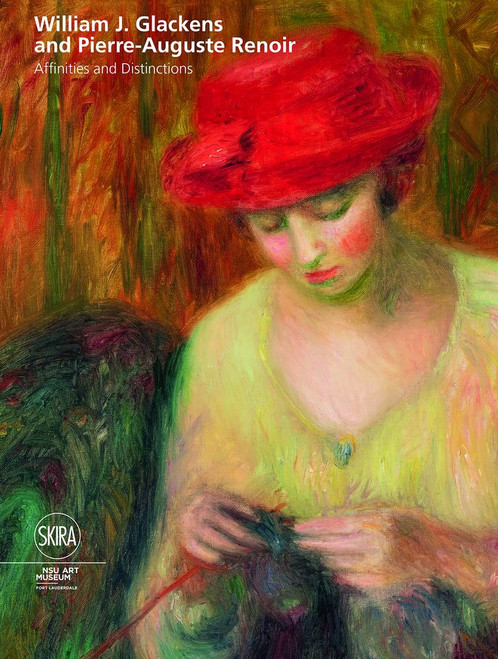 William J. Glackens's (1870-1938) keen interest in the work of Pierre-Auguste Renoir (1841-1919) has long been recognized, but Glackens's specific debt to the art of this important French modernist has not been fully explored. In bringing together more than 30 works by each of these two important modernists for the first time, William Glackens and Pierre-Auguste Renoir: Affinities and Distinctions fills this void. It demonstrates Glackens's response to Renoir's Impressionist work (1860-mid-1880s), which was avidly purchased by a wide variety of American collectors, including Albert C. Barnes, who sent Glackens, his friend and colleague, to Paris in 1912 to purchase works for his then fledgling collection.

Glackens was the only American artist who subsequently had nearly carte blanche access to Barnes' increasingly important collection of American and European modern art that included work by Paul C√©zanne, Henri Matisse, and Pablo Picasso, among others, and numerous examples of Renoir's late-style (1890-1919). The exhibition defines Glackens's late style (c.1925-1938) for the first time, its affinities and distinctions from Renoir's work, and how it emerges from Glackens's familiarity with works specific exhibitions in New York, and the art he saw in Italy in 1926, and in Barnes' collection, while shedding new light on the history of taste in American collecting from the late-nineteenth to the mid-twentieth century.

The Problem with Pierre