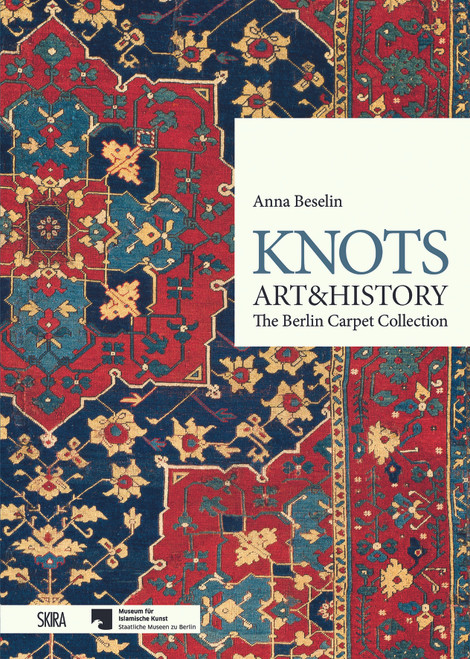 Anyone who thinks of carpets has the bright colours of the Orient in mind. Knots, Art & History brings together the best, most unique carpets of the 14th¬ñ17th centuries from the Museum of Islamic Art in Berlin¬ís famous collection. Forty-five of the approximately 500 carpets from Spain, Egypt, Anatolia, the Ottoman Empire, the Caucasus, Persia and India represent the reunited collection for the first time in English. The catalogue presents the eventful history of the collection. With the beginning of research on Islamic art around 1900, and especially with Wilhelm von Bode¬ís groundbreaking research on carpets, the Berlin Collection became the center of international investigations. European painting was a focus here and Wilhelm von Bode¬ís dating method using paintings made the ¬ìBerlin School¬î known worldwide and influenced generations of researchers.

Stunning illustrations and numerous details allow new insights and open up the peculiarities of each individual piece in the catalog section. This includes almost all exhibited carpets and is organised by chronology, geography and design motifs. A general introduction to each of the 9 chapters provides an overview of the historical, cultural and social context of each rug. Receiving special mention are the classical Anatolian carpets the ever-popular Persian examples, including the Persian animal carpets, the Mamluk carpets, and the niche or prayer carpets. Additional comparisons with other surviving rugs from private and public collections enhance the explanations and place the collection in an international context. Through detailed analysis and comparison, this book establishes the exceptional quality and uniqueness of many carpets including, the famous Dragon- Phoenix Carpet, the so-called Synagogue Carpet and the Indian Flower Carpet.

A Journey Through Art: A Global History