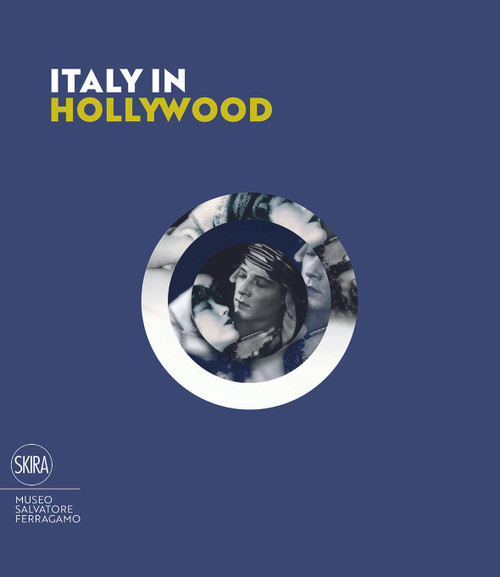 The story told in this book, which analyzes the presence of Italians in California in the early decades of the twentieth century and the influence they exerted in various sectors (from architecture to art, from crafts to the burgeoning film industry), began in 1915, the year Salvatore Ferragamo arrived in the United States and soon after moved to the sunny West Coast. That same year the Panama-Pacific International Exposition opened in San Francisco, where Marcello Piacentini¬ís Italian Citadel made waves and marked the beginning of the powerful and lasting influence of the Renaissance style on the local architectural language.

Against the backdrop of Italian emigration to the States ¬ñ the fil rouge running through the entire book ¬ñ and of a Hollywood on its way to becoming the world capital of the young film industry, the volume tells of personalities who were already myths in their day, such as Enrico Caruso, Rudolph Valentino, Lina Cavalieri, and Tina Modotti; cinematic milestones like Cabiria , Ben-Hur , and Romola ; the star system and iconic directors; the important part played by Italian musicians in the birth of jazz; and the thousands of Italians who worked ¬ìbehind the scenes,¬î making a vital contribution to the creation of the Hollywood myth.

This complex story, told both in words and in images, paints a varied and multifaceted picture of the ¬ìset¬î on which the Shoemaker of Dreams began his thrilling creative adventure in America.

Fashion Jewellery: Made in Italy

The Monocle Book of Italy

LAMBORGHINI with Italy, for Italy: 21 views For a New Drive