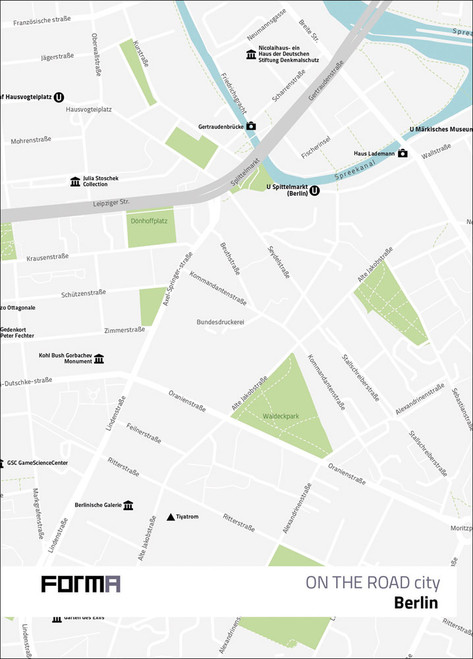 Berlin has proved to be an active stage for all the most important social transformations since the 20th century, marking a blurred boundary between Baroque and contemporary, within which fervent cultural and intellectual seasons, plans for massive industrialisation, World Wars, the establishment of schools of architecture and modern thought destined to make history have taken hold. A veritable laboratory of urban planning and architecture in continuous evolution, which still today constitutes a composite landscape of experiments in social urban planning, of mending the urban fabric between east and west, of places of representation of ministries, embassies and parliament between the Tiergarten and the Spree, of redesigning public space according to the model of critical reconstruction as can be seen at Bundeshauptsadt, Postdamer Platz and Friedrichstadt to which the major exponents of international modern architecture have contributed, and of building a cultural planning whose highest expression is the Museum Island, the most famous museum complex in the world.

Building Berlin, Vol. 9: The latest architecture in and out of the capital

Building Berlin, Vol. 8: The latest architecture in and out of the capital

Building Berlin: The Latest Architecture In and Out of the Capital, Vol 7

Building Berlin, Vol. 10: The latest architecture in and out of the capital