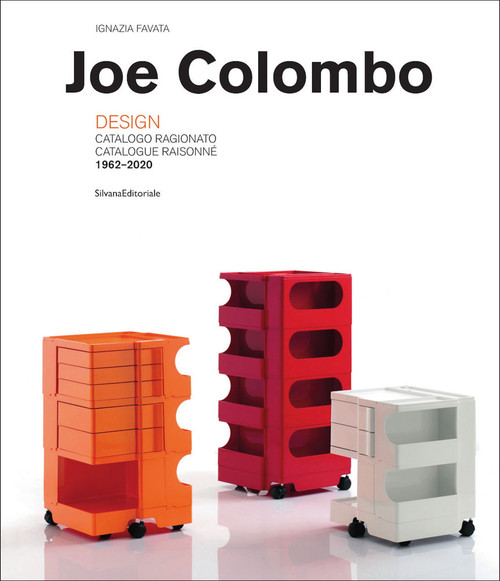 Joe Colombo (Milan, 1930-1971) was one of the greatest designers of the last century, visionary and ingenious, capable of giving shape to ideas that retain a striking relevance to this day. Trained first at the Brera Academy and then at the Polytechnic of Milan, Joe Colombo has expressed, in just 20 years of work, an absolutely innovative world view, placing man and his life at the centre of reflection, imagined a dynamic and transformable habitat both on a domestic and urban scale. A design in the round, aimed at satisfying every need - also thanks to technology and new materials - and to shape the space and its objects according to the different activities of the moment, be they working or social interactions. From here, the modular and dynamic furnishing accessories with futuristic lines, among which some pieces that have become iconic of Italian design stand out such as the Tube Chair, the Spider lamp (Compasso d'Oro 1967) or the Boby trolley (now at the MoMA in New York), the "monoblocks", such as the Mini-Kitchen or the Total Table with integrated dishes, up to the global housing unit, a visionary "machine", which encompasses all the needs of living. This volume constitutes the first catalogue raisonne of his work, of which about 180 projects are documented, divided between works still in production and historical works; introduced by the essays by Ignazia Favata - his historical collaborator - and Domitilla Dardi, it is completed by a critical anthology. Text in English and Italian.