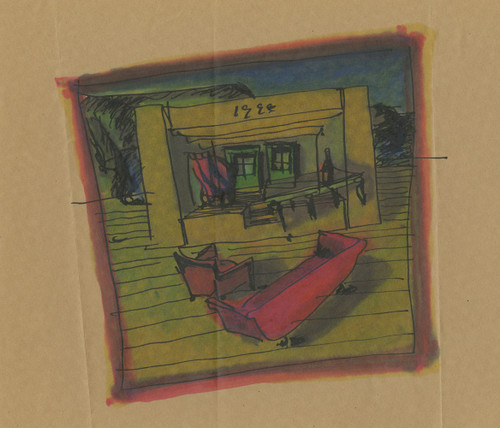 An architect without being one, an anomalous designer, a gifted draftsman and collector of objects, Luca Meda (1936-1998) wrote one of the most important chapters in the history of 20th-century Italian design. The world of domestic interiors was his privileged field of action, and the very close, one-of-a-kind relationship with Molteni&C has provided, since the seventies, an example of perfect symbiosis between creativity and business, art and industry. Among the pieces of furniture that have become iconic are the Piroscafo bookcase designed together with Aldo Rossi, the Zim and Ho chairs, the Vivette armchair, the Primafila sofa and the modular systems 505 and Pass. This publication offers an exhaustive portrait of Luca Meda, at long last highlighting the importance and extent of his production - which includes furniture, installations, architectural projects and design objects of all sorts - in the context of a still pioneering season of Italian design, but to whom we nevertheless owe the subsequent success on the world stage. The historical-critical essays dedicated to his work are accompanied by a series of interviews with collaborators and friends who shared knowledge and practice in the realisation of his projects, as well as the re-edition of an interview with Meda himself, published on "Gap casa" in 1983. Bio-bibliographical appendix and a list of works complete the fascinating journey of the volume. Critical essays: Serena Maffioletti, Alberto Ferlenga, Sofia Meda, Nicola Braghieri, Beatrice Lampariello, Rosa Chiesa, Giampiero Bosoni e Chiara Lecce, Dario Scodeller, Mario Piazza. Interviews: Luca Meda, Romano Barchi, Mario Carrieri, Nicola Gallizia, Eliana Gerotto, Peter Hefti, Felix Humm, Laura Maifreni, Bruno Longoni, Carlo Molteni, Diego Peverelli, Richard Sapper, Filippo Zagni. Text in English and Italian.

Regarding Space and Spaces: The Chambered Floor Plans and Luca Selva Architects