Fighting, Hunting, Impressing: Arms and Armour from the Islamic World 1500-1850 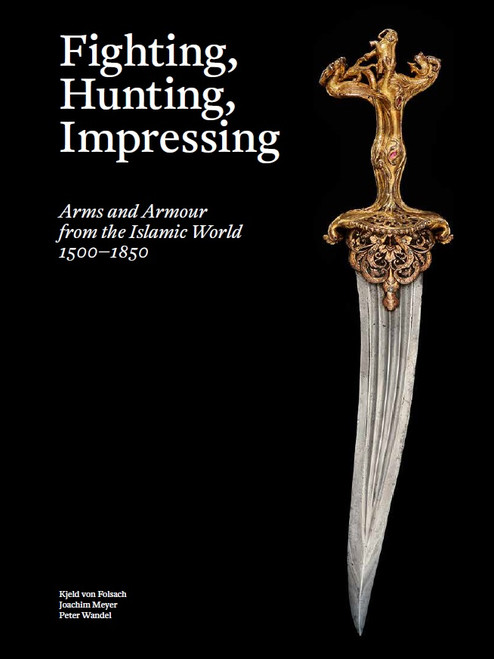 Fighting, Hunting, Impressing: Arms and Armour from the Islamic World 1500-1850

Does Islam have a special approach to warfare and arms and armour? Do weapons from the Islamic world have particular characteristics?

Publishing in conjunction with an exhibition at The David Collection in Copenhagen from 24 February to 15 August 2021, Fighting, Hunting, Impressing discusses the central issues relating to Islamic arms and armour: the types and the different contexts in which they were used in warfare, in hunting, and as symbols of social position. Other aspects include the roles of arms and armour in the Quran; their collection history from trophies to museum objects; their inscriptions; and furusiyya-literature – the manuals for the chivalrous Islamic warrior.

The publication showcases 151 items of arms and armour from the Ottoman, Safavid and Mughal empires, in addition to miniature paintings that illustrate how the objects were used in their historical contexts, and supporting essays.

Contemporary Voices: from the Asian and Islamic Artworld

Islamic Metalwork from the Aron Collection