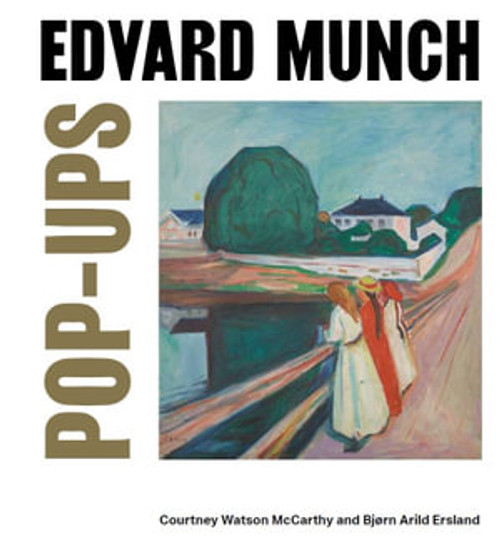 Edvard Munch was one of ModernismÆs most significant artists. He was active throughout more than sixty years, from the time he made his debut in the 1880s, right up until his death in 1944. Munch was part of the Symbolist movement in the 1890s, and a pioneer of expressionist art from the beginning of the 1900s onward. His tenacious experimentation within painting, graphic art, drawing, sculpture, photo and film has given him a unique position in Norwegian as well as international art history. For the first time you can experience MunchÆs most famous works of art as 3D pop-ups. The book showcases The Women on the Bridge, Woman with Poppies, The Building of the Winter Studio, Children in the Forest, The Yellow Log and the iconic Scream accompanied by explanatory texts and sketches by Munch.

Courtney Watson McCarthy is a paper engineer and graphic designer whose book creations include ABC Pop-Ups, Hokusai Pop-Ups and Gaudí Pop-Ups. She lives in New York with her family. Bjørn Arild Ersland is a Norwegian author. He has written for all ages, but mostly for children and young adults.

The Experimental Self: The Photography of Edvard Munch

Tree Houses: Escape to the Canopy

Architecture in Mexico, 1900-2010: The Construction of Modernity. Works, Design, Art, and Thought

The Making of a Mosque: Djamaa al-Djazair - The Grand Mosque of Algiers by KSP Engel

Tracey Emin / Edvard Munch: The Loneliness of the Soul