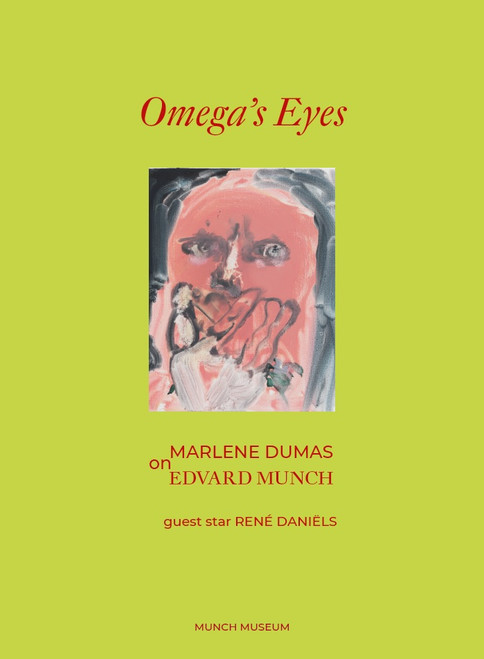 Marlene Dumas juxtaposes her own works with works by Edvard Munch, assembling what she describes as ¬ëa love story about tenderness, passion and agony.¬í

Dumas¬ís personal experience of Munch¬ís art is the starting point for this book. During her youth, she was fascinated by the anxiety in his subject matter, but in the beginning of her own artistic career, there was a period of time in which she didn¬ít regard him as quite as relevant as he¬íd once been. According to Dumas, she ¬ëwasn¬ít drawn to a man who was celebrated for having represented all women as vampires.¬í She believes the media¬ís emphasis on his complicated relationship with women overshadowed his artistic abilities, but gradually she began to view his art differently. In 1981 she saw the Alpha and Omega lithographs at the Munch Museum, and the series made a strong impression on her. She liked the vitality of Munch¬ís line, and wanted to create images with the same type of energy. According to Dumas, it is Munch¬ís lines that ¬ëcarry the emotion.¬í

Dumas¬ís encounter with Alpha and Omega made her aware that she had an affinity with Munch. ¬ëI¬íve always said that I wanted to paint love stories, and here was Munch doing just that many years before me,¬í she writes. Now Dumas wants to peel away the anecdotes and myths about Munch, and instead direct attention to how he painted modern love stories, ¬ënot just between men and women, but also between people and nature. How we all struggle with love, alienation and death.¬í