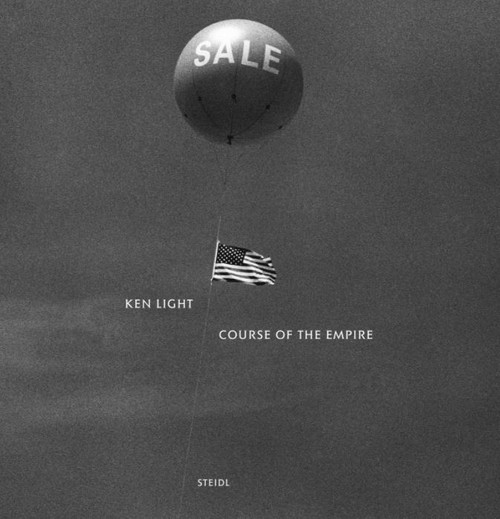 A decade ago, Ken Light traveled across the United States photographing the country, an empire he realized was the most fragile of organisms. The photographs of the earlier years in this book create the context for understanding how America lost its way. Light reached all four corners of the country to document people across race, class and political lines. We see the heartland and the coastal cities, Wall Street and rural small towns.

As he continued, seismic changes erupted across America and the country descended into an age of crisis. He photographed protests and Washington politicians in Congress and the White House, climate change disasters and environmental defenders, the rise of the regime of Donald Trump, the Trump rallies and America’s reactions to it all. He comprehensively probed the fractured social and economic condition, going beyond the tropes of inequality we all recite by heart to create a visual portrait of a country mired in calamity, its people deeply splintered, angry and in pain.

The resulting portrait of the American social landscape is a riveting historical and visual record of a complicated country in a complicated time. It is compelling, and one of the earliest photographic accounts of an age that historians and citizens will be scrutinizing for generations to come.

Course of Empire is a hard and unsparing look at the United States in the last decade, a period marked by protest, political polarization, racialized violence, income inequality, climate change-induced disaster, and a deadly pandemic. In this series of black-and-white pictures made across the country, Light captures the divisiveness and collective insanity that characterized American life in the Trump era. He does not tread lightly. This bold and affecting work is an angry indictment of a country gone off the rails. --Erin O’Toole, Baker Street Foundation Associate Curator of Photography, San Francisco Museum of Modern Art


About the Author
Ken Light is a social documentary photographer with a particular focus on America. His nine books include To The Promised Land (1988), Texas Death Row (1997) and Valley of Shadows and Dreams (2012). Light has exhibited internationally, including solo shows at the International Center of Photography in New York, the Oakland Museum of California and the Visual Studies Workshop in Rochester. Among his awards are two National Endowment for the Arts fellowships and the Dorothea Lange Fellowship. Light is the Reva and David Logan Professor of Photojournalism at the University of California, Berkeley.