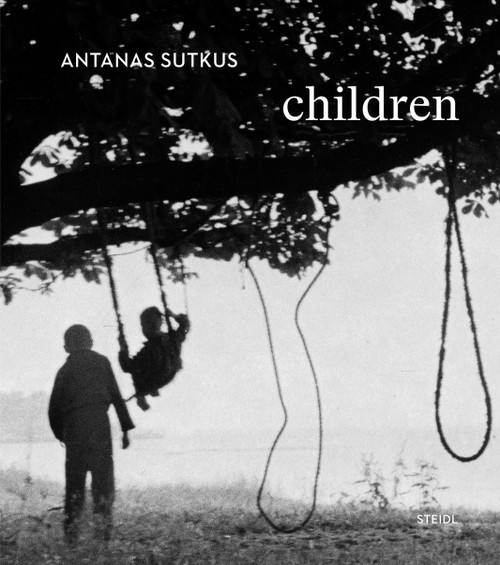 This book takes us deep into Antanas Sutkus’ favorite motif as a photographer: children and their world. It is a theme he returned to again and again, presenting its myriad facets as well as the many interactions between the lives of children and adults. “Childhood is the most important platform for me as a photographer,” says Sutkus, “Children live in a different world. Sometimes I succeeded in showing that world: not the real world customary to us, but their world. Children live on another planet than earth.”

With an unfailingly respectful yet astute eye, Sutkus depicts children together with their parents and relatives, with their friends, at play or hard at work in school. He captures not merely the pleasures of childhood but also its deprivations, the difficulties involved in raising children, loneliness alongside belonging, as well as the inevitable crises of childhood that can have a lifelong impact. For Sutkus, children live not in paradise but in a parallel universe, a universal life phase that transcends national and cultural borders.


About the Author
Born in Kluoniškiai, Lithuania, in 1939, Antanas Sutkus earned a degree in journalism in Vilnius and worked for daily newspapers before co-founding the Lithuanian Photographers’ Association in 1969, which he headed for many years. Sutkus was president of the Union of Lithuanian Art Photographers upon its establishment in 1996 and has been its honorary president since 2009. He is the recipient of the Lithuanian National Culture and Arts Award and the Order of the Lithuanian Grand Duke Gedimas, an Erna and Victor Hasselblad Foundation Grant and the 2017 Erich Salomon Award of the Deutsche Gesellschaft für Photographie. Sutkus has exhibited extensively, including his 2018 retrospective at the National Gallery of Art in Vilnius held on the hundredth anniversary of the Republic of Lithuania. Steidl has published Sutkus’ Planet Lithuania (2018) and Pro Memoria (2019).