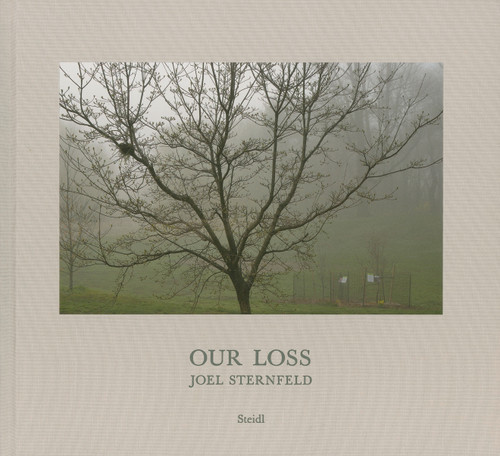 In the early morning of 14 April 2018, David Buckel walked into Prospect Park in New York City and set himself alight. He was a distinguished attorney whose work to secure social justice and LGBT rights had won national acclaim. At the time of his death at the age of 60 Buckel had left the practice of law and was working on a community farm in Red Hook, Brooklyn, as the head of composting. He was married to a man with whom he, and a married lesbian couple, were co-raising a college-bound daughter.

In an email sent to the New York Times moments before his death Buckel decried the increasing pollution of the earth. He expressed the hope that his death by fossil fuels would encourage others to be better stewards and cohabitants of the earth. Joel Sternfeld happened to be in Prospect Park on that day with his nine-year-old son. Returning the next day he began to document the gradual regeneration of the site as a means to honor the hope that climate change might be reversed. Our Loss is the latest book by Sternfeld in his ongoing exploration of the effects of climate change, following Oxbow Archive (2008) and When it Changed (2008).

The seasons are the blatant manifestation of the physical forces of the universe: energy from the sun, gravity, material from the origin¬óand of all the biologic particulars of this planet; oxygen, water, life forms, all showing up, and showing off together. - Joel Sternfeld