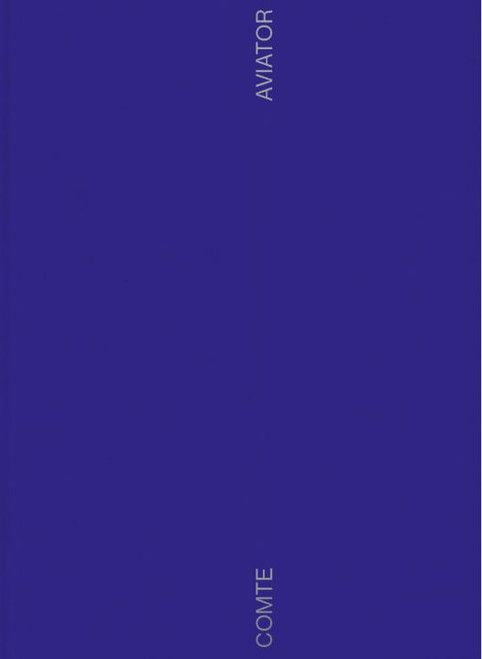 This book is a visual biography of the legendary Swiss aviation pioneer Alfred Comte (1895–1965). Combining historical photos and documents with texts by Comte’s son (also Alfred) and grandson the photographer Michel Comte, the book is the first to comprehensively explore the aviator’s extraordinary life and achievements.

Alfred Comte grew up in the village of Delsberg in the Berner Jura, where his brother had a carpentry shop and Alfred became obsessed with building model airplanes. At the time, newspapers lauded the courageous first aviators—and Comte’s dream was born. At the age of 17, he took a taxi from Gare du Nord to Villacoublay, where a plane crashed just yards from the still moving vehicle. Unmoved, Comte spent his savings on flying lessons on an early Morane machine; he was a fearless and calculated student and soon made his first solo flights as well as forays into aerobatics. Comte joined the Swiss Air Force at the outbreak of the First World War, during which Oskar Bider selected him to train 63 young pilots. Among them was the avid photographer Walter Mittelholzer, who later became Comte’s first partner in the Comte Mittelholzer & Cie, which in time became Swissair.